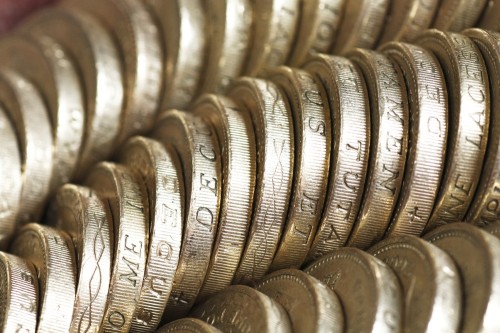 For those of you without dedicated in-house finance resources this can prove a particularly testing time. And according to Mike Cherry, policy director at the Federation of Small Businesses, recent research suggests that many small businesses are still confused about what needs to be done.

In reality the process is very simple, provided you follow the following steps?

(1) Familiarise yourself with both legislations

Aside from the research mentioned above, the bodies in charge of regulating these new laws also suggest that many of you are still yet to jump into action. The Pensions Regulator revealed that it issued 2,596 warning letters in Q4 2015 ? roughly 28 warning letters a day ? to businesses failing to enrol staff on a government pension scheme. Similarly, despite popular support for the Living Wage, the Department for Business, Innovation and Skill revealed that many firms are yet to take key steps to be prepared for it.  Only around 45 per cent had updated payroll to take account of staff aged 25 and over on 1 April 2016, with only 39 per cent having communicated the upcoming changes to staff. A mere 29 per cent had looked online for more information about National Living Wage entitlement. You can find official information about the National Living Wage and Auto-enrolment Schemes online.

To establish who is eligible for what, and what changes need to be made. According to auto-enrolment you must put certain staff into a pension scheme and contribute towards it. But employees who fall outside of the ages of 22 to State Pension Age and earn less than ?10,000 per annum will not be auto-enrolled into a workplace pension scheme. Instead, they will have the option to “opt-in”. The Pensions Regulator has created a helpful online tool to help you calculate who needs what. And from April 2016, all workers aged 25 and over are legally entitled to at least ?7.20 per hour.  Naturally you?ll need to know how old each of your employees are to calculate this, as well have access to vital information such as full name, contact details, their National Insurance number, PAYE details and salary. Read more about the Living Wage:

(3) Prepare for the financial implications

Both in terms of implementation costs and fines if you miss the deadline. Some 40 per cent of micro-businesses we spoke to were not aware that auto-enrolment costs anything to set up. But when told it could cost up to ?8,900 to implement, 34 per cent of bosses admitted they would consider offsetting the financial implications from auto-enrolment by capping staff salaries and/or bonuses; with 19 per cent claiming they would have to reduce employee benefits and entertainment as a result.  The government has also announced plans to double the enforcement budget for those who don?t meet the new minimum wage standards and to set up a new team in HMRC to pursue criminal prosecutions for employers who deliberately do not pay workers the wage they are due. Penalties for non-payment will be doubled, from 100 per cent of arrears owed to 200 per cent, although these will be halved if paid within 14 days. The maximum penalty will remain ?20,000 per worker.

Cloud software is available to manage your finances and prepare for the regulations by reminding you when to complete certain tasks in order to remain compliant, and helping navigate the challenges of what to pay and when. Small business owner Phil Hakim who founded GigPlug, a social media based recruitment platform, found one of the biggest challenges of running a business was tasks like these as it?s not something he normally had to think about as an employee before he set up on his own.  He initially tried managing everything manually but then switched to use QuickBooks to automate and simplify the process so he could go back to focusing on running and growing the business. With just a few weeks to go until the start of the 2016/2017 tax year, now is the time to take the necessary steps to get your business ready. Auto enrolment is complex and misapprehensions aren?t uncommon. To help employers navigate their way through, NOW: Pensions has ?myth busted? five of the most common incorrect assumptions. Rich Preece is Europe VP and managing director of Intuit.