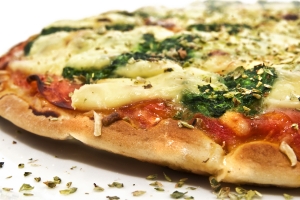 However, a recent incident in a number of Domino?s New York franchises should serve as an important lesson to any business owners thinking of setting up as franchisors on the potential dangers related to franchising a brand.

The owners of 23 Domino?s franchises in New York were found to have paid hundreds of employees less than the national minimum wage and were forced to pay out $448,000. Other fast food franchises in the US, including McDonalds, have been ordered to pay out following similar offences arising from failing to pay employees correctly.  Although Domino?s have distanced themselves from this case, with a spokesman saying that the franchisees are ?independent business owners, responsible for their own personnel practices?, this case and the inevitable adverse publicity has an impact on the Domino?s brand as a whole and for a smaller franchisor.

Franchising in the UK

However, businesses in the UK thinking about franchising shouldn?t let these sorts of stories put them off ? the franchising industry in this country is booming and providing a multitude of growth opportunities. According to figures from the British Franchise Association, 88 per cent of franchisors expect improved trading conditions for their own businesses in the coming year, with the overall contribution of franchising to the UK economy growing by 20 per cent over the past five years ? in comparison to the overall economy which has shrunk 2.5 per cent over the same period.

For business owners keen to set up as franchisors, there are steps to take to ensure the risks of brand damage are kept to a minimum if the worst does happen and a franchisee makes a mistake ? be it with suppliers, employees or quality control.
Firstly, it is essential your franchise agreement is as watertight as possible. The agreement needs to set out clearly the contractual relationship between franchisor and franchisee which will ultimately help and protect the brand. Getting a lawyer to look over this agreement is essential as this is the time important issues like HR practices are ironed out.  Placing significant investment in a training programme at the outset of a franchise relationship can also help to ensure that your values as a franchisor are followed faithfully by your franchisee. Ongoing support and simply being on-hand to answer questions can also help ? although again this has a cost element attached which franchisors must budget for.  In the case of Domino?s, the brand distanced itself from the wage disputes in New York with seemingly little damage to its reputation. However, for a smaller business it would be much more difficult to do this. For small businesses, franchising can be a great way to expand quickly and make a mark overseas. Vigilant planning, watertight agreements and ongoing support can help to ensure franchisors remain in control of their carefully built-up brands. Julian Harvey is head of Non-Contentious and James O?Flinn is head of Contentious in the Franchising team at Mundays LLP. Image source