They have been brainwashing young people for years into thinking that there’s no good life without university. Yet, we’re seeing the numbers of dropouts rise.

Since the fee cap was lifted, these institutions have been free to charge around £9,000 a year for a course which, coupled with loans to cover living, has caused students to rack up huge debts, with the promise that a degree is the only ticket to a promising future.

But all of that might be about to change. Sky News has conducted some research, showing that 53 per cent of students don’t think that university is worth it.

When you also take into account withdrawal rates of up to two-thirds and specific rates of dropouts, also published by Sky, it begs the question – why are we pushing our youngsters into going to university when this fraudulent business model is clearly not serving its purpose?

Is it really surprising that there are so many dropouts considering how many students are cajoled into university courses for all the wrong reasons?

This is happening across the country, where universities are taking the cash and failing our young people. Just look at Wrexham University where a shocking 67 per cent of students studying a degree in marketing and consumer psychology in the first year became dropouts.

Then there’s Middlesex University where 67 per cent of those on a human resources management course also became dropouts.

It could be that these universities have particularly shoddy courses, but something tells me that students are cottoning on to the lack of quality and the sheer amount of debt they’ll face once they’ve finished.

It seems that these issues are something that universities minister Jo Johnson has also started to scrutinise, suggesting that institutions need to urgently review their value for money.

However, something that does have value for money is an apprenticeship, which always seems to get lost in the smoke and fog which surround the constant debate about universities. I’ve been banging on about this for donkey’s years – an “earn whilst you learn” apprenticeship is the best alternative to the crippling amount of student debt.

More than that, when youngsters commit and sign that contract to complete an apprenticeship, the vast majority stick it out. They’re learning a skill which will never go out of fashion, they’re making money, gaining real world experience, and saving themselves from a huge heap of debt.

I’ve always said we need to encourage youths to take up apprenticeships from school level but I’m still convinced that there’s just not enough information available to teens on the vocational career options, so much so that I’ve done my own research into it – look out for the report, which will be published very soon.

I reckon that it’s only down to the air of underserved prestige surrounding universities, and a lack of information about any other options, that people have come to live by this “university at all costs” mantra.

Maybe now we’re faced with the facts of increasing dropouts and a lack of confidence from students, we’ll start to change that opinion.

Johnson is right, these institutions do need to urgently review their offerings in terms of “value for money” but there also needs to be a responsibility and more action from the government, businesses and the rest to showcase viable, vocational options such as apprenticeships. 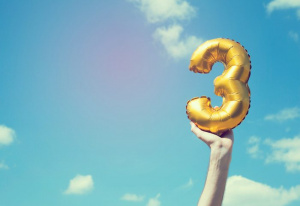