I am glad to refer to the recent article in the Daily Telegraph by Charles Moore (19th July): “From its inception, the NHS has been a nationalised industry. All nationalised industries put those who run them first, their trade unions second and their customers nowhere.”

In fact, the NHS should never have been created. Indeed, it couldn’t have been created were the government not able to purloin virtually all private sector hospitals and practising doctors, about 1,000 of whom held in 1946 that such action was the biggest expropriation of property since the dissolution of the monasteries.

It should also be pointed out that the sheer size of the NHS – the fourth largest undertaking in the world, with the other three being in China – is way beyond the limits of any organisation to select any co-ordinated actions, even without Charles Moore’s points above.

The second glaringly obvious issue is State Education. Secretary of State for Education Michael Gove is pushing hard with his “free” schools, but this is a long way from privatisation and he appears to ignore what may be a far greater threat: the distortion of history caused by a state-created syllabus wiping out all debate on the behaviour of government.

A topical education issue at present concerns the false teaching of economics, where the Bank of England’s Mark Carney has hung his hat on Keynes (who never qualified as an economist). Thus, Carney penalises savers on the basis that saving causes unemployment. A cursory look around the world would reveal that there is no link whatsoever between these two phenomena, yet governments still champion Keynes, because his “medicine” is what government wants. As Graeme Leach writes in the latest Big Picture (the publication of the Institute of Directors) the legacy of quantitative easing carries within it the seeds of its own destruction.

But perhaps an ultimately more dangerous threat of State Education concerns the sheer propaganda in wars and invasions. Clearly, Tony Blair should be in the dock on Iraq, but some of the actions of Sir Winston Churchill – for example, over the bombing of civilians in Dresden ­− appear to be war crimes, with estimated civilian deaths between 35,000 and 135,000. Under State Education, neither of these examples will see their way into the history books. A parallel with Sparta comes to mind! Meanwhile, various invasions including Afghanistan as well as Iraq suggest that perhaps the Ministry of Defence should be renamed the Ministry of Attack.

Finally, the NHS is only part of a huge Welfare State. Welfare benefits outside the NHS cost almost as much as does the NHS. There is a seemingly bottomless pit for those “on welfare”, which has grown like topsy since the Beveridge Report in 1942. Just like the NHS, the welfare state evolved into a giant, resulting in not only the collapse of the private hospitals and doctors, but many other groups, in particular the Friendly Societies, which were insurance companies covering particular employers or groups.

The nineteenth century was the great age of philanthropy, “almost a national obsession”. The advantages of these private organisations which continued to blossom right up to the Beveridge Report, were close relationships between those working in these organisations and those requiring help – in particular, to help them back into employment. Naturally, this suited both parties.

In contrast, as the state took over, usually by legislation, public sector social workers, far from trying to help clients get back on their feet, were more concerned for their own employment if they should place too many of their clients in work. It is imperative that charities themselves shun any kind of favours from Government, in particular tax-breaks, and revert entirely to private funding. Socialism has already played havoc with family life, creating the loss of a huge rock of stability, replaced by reams of ridiculous do’s and don’ts for parents and school teachers alike.

Freedom is imperilled further daily. There is no time to lose.

The scourge of taxes – Terry Arthur outlines that the only way to escape an unsustainable free society is to make a rapid about-turn and get back to a maximum tax-take of 30 per cent of output (preferably less), backed up by an irremovable clause in a new constitution. 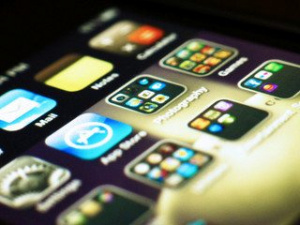 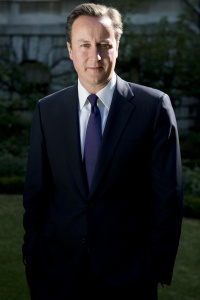 “We want to attract migrant entrepreneurs with big ideas”