Since taking on the role of financial secretary to the Treasury, Mel Stride’s mission has been to  keep trade flowing no matter where we land in the EU deal – and to champion SMEs. But while he may now be involved in politics, Stride started off as a business owner. Here’s his story.

Before your political career, you started a trade exhibitions business. How did you go about setting it up?

I may no longer be involved with it, but the company is still alive. When I was at Oxford, I held a debate on industry and the City. There’s this opinion that certain industries are less glamorous, making it hard for them to tempt bright minds. I’ve always been interested in this kind of issue.

Upon leaving university, I went to work at a bank. While there, I had this idea of bringing together industrial companies, and showcasing them to students so they could see there was more to the industry than just nuts and bolts. There are modern and exciting technologies, for example.

So, I tried phoning the chairmen of all The Times 100 industrial companies. I got lucky with the chairman of Shell, who picked the phone up himself. My goal was explained and he offered to have lunch with me the next day. We discussed the idea, and he left to talk with the other chairmen. Success!

The first event was held in Oxford in 1987, with a third of The Times industrial 100 companies attending. That was how I got into that particular business. But I was always an entrepreneur at heart.

You then took the business to the US? What was the reason for that?

The company grew to the point where we were involved in various sectors – franchising was one of them.

There are several issues within that market, the main one being the quality end of it. Obviously, there are people who run ethical franchise businesses and represent real opportunities. At the other end of the scale sits those who simply take money and run.

I created shows focussed on that top end. While I started it in the UK, I saw an opportunity to take the same concept to the US. There, I built a similar business and had USA Today support the events. That was that. The US branch branch has since been sold off.

What made you move from business into politics?

I didn’t grow up in a particularly political family, but I was always aware of it. My father started his own business. My mum grew up in a council house, left school at 15 and my father left school at 14. I suppose my family has had a journey, from a very ordinary background, through to doing better and doing it through business.

So, it was a family in which politics mattered behind the scenes. The government was there to help the economy and businesses alike. I acknowledged that even as a young boy.

I became more invested in politics at university. And when I left to earn my living, the two came together. I reached a point with the business where it could run itself. I also reached a point in my life where I thought I had enough experience to offer the UK something of more value.

Around 2005 I went onto David Cameron’s A-list and got selected, fortunately as a wonderful seat in Devon. The rest is history.

How do you feel your business background has influenced your decisions today?

I think all businesses have similarities, particularly small ones. Rule number one is to watch your costs and make certain every pound is wisely spent. That sort of sense informs what I do when looking to provide tax reliefs. Business rates, for example, is one of those costs companies can’t avoid. Even if not making a profit, you’ve still got to pay it. So it’s not a charge on profits, it’s a charge full stop.

We’ve done a lot in that area to provide business relief. I’m trying to lighten the load, getting government to help leaders to invest and grow.

You became financial secretary role in June 2017? How were your first six months in the role?

It’s been a learning curve – exhilarating though. One of the first things I did was to take the finance bill through, which was a huge piece of legislation. A lot of what I’ve done has been to do with legislation, and obviously around that there’s been a lot of concentration with stakeholders and also focussing, I guess, on how the Treasury and HMRC are doing.

The build up to my the budget was interesting, working out what we were going to do. Bearing down on deficit, boosting GDP and R&D, tax relief, national productivity, further relief on small businesses, were all front of mind.

If there are SME owners out there that feel like they want their voice heard, what’s the best way to convey their concerns?

Go to your local MP, that’s a good start. By all means, come directly to us at the Treasury, but your local MP should really be your local champion. There are obviously organisations like the Federation of Small Business with whom I have ongoing dialogue and the CBI who represent a very large volume of small businesses.

If I was a small business sitting there thinking there’s some piece of the system that doesn’t work and it’s government related, those are the places I’d go. 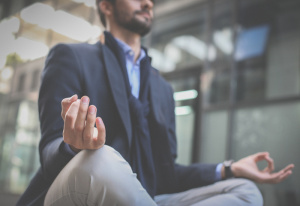 4 pillars to help you develop a health and wellbeing strategy