Today, Sir Ian McKellen can be recognised around the world for his blockbuster roles in Hollywood franchises X-Men and Lord of the Rings as Magneto and Gandalf respectively.

Things weren’t always the case though, with McKellen’s pathway to the A-list starting back in 1961 as an apprentice at the Belgrade Theatre in Coventry.

He claimed he had “always been an actor for the long haul. And it all began for me with doing three years’ apprenticeship. I didn’t go to drama school.”

McKellen can be seen offering some wisdom to today’s students in the video below.

He may be renowned as a legend among Manchester United’s devout followers, and even those who despise the Red Devils, though Alex Ferguson’s first entry to the working world was at Glasgow-based factory of Remington Rand.

His leadership was showcased from a young age, as a fellow apprentice said of Ferguson: “There were seven of us who started at the same time and he quickly became the self-appointed leader of us, and was later made the shop steward.”

Ferguson is still championing the apprenticeship pathway to success today, however. He made a personal appearance at the office of Venturi Recruitment in January, having been invited along by apprentice Francesca Sedgwick, who looks after social media and marketing.

I was an apprentice toolmaker, never in the shipyards, but with Remington Rand. They made shavers, it was a long time ago. In the last 25 years it’s been very easy for people to go to college or university, so we find life skills and hand skills once commonplace have been missing for very many years in British industry,” said Ferguson.

“But apprenticeships are important. It creates loyalty and develops their character. They never forget the people who gave them their first opportunity.”

As a teenager she had a passion for style and she first started off in the industry with an internship at Christian Lacroix, which led to completion of an art foundation course at college and a fashion design degree. When studying at Central St Martins, McCartney completed an apprenticeship with Savile Row tailor Edward Sexton and her graduate show included supermodels Kate Moss and Naomi Campbell.

After the apprenticeship, McCartney secured a job as creative director at Chloe and Sexton remained a support system for her, continuing to help hone her skills for cutting, tailoring and selecting fabrics over another two years.

Today McCartney is worth $75m and her brand is sold in over 77 locations, while stores are in high end locations such as Mayfair and Hollywood.

With apprenticeships in mind, here are the most successful recruits to have worked with Alan Sugar on The Apprentice. 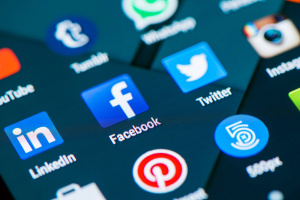