Britain is filled to the brim with female talent, and the difficulty we had in picking our finalists only served to showcase how women across the nation are tearing down conventions and reshaping Britain.

Our endeavours have seen us award exceptional women, from Dame Mary Perkins, founder of Specsavers, Thea Green, founder of Nails Inc, and corporate leaders such as BP’s Angela Strank. And now we unveil the next crop of females to have won the awards.

Taking home the entrepreneur award was The UP Group’s co-CEO and founder, Clare Johnston, who has helped other companies grow by finding senior appointments: chairmen, non-executive directors, chief executives and vice presidents. “We find the very best people in the market that are suited to what clients are looking for,” she said in a 2015 interview – and it’s certainly paid off.

Also, joining Johnston on the night was Sally Preston, MD and founder of Kiddylicious, who won the Retail and Consumer award, as well as Hazel Moore, chairman and co-founder of FirstCapital, who bagged the First Women in Finance Award.

The Young Achiever award went to Pip Murray, founder of Pip & Nut, who started the business on the knowledge that most brands would add palm oil or sugar into food – and decided to hop onto the wider trend of nut butters. She’s already bagged Selfridges as a stockist.

“I did a small event over the summer and one of the buyers stopped by and approached me,” she explained in The Guardian. “That opened the door. They tend to support small companies. Overall, we’re now in about 170 stores, with a mix of health food shops such as As Nature Intended, the supermarket Booths, and gyms.”

As for Business of the Year, Dell came out on top due to its effort on women’s progression.

Here is the 2016 First Women Awards winners list in full:

Entrepreneur: Clare Johnston, co-CEO and founder, The Up Group 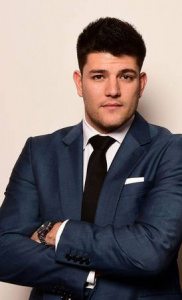 Brexit and business: Should we be in or out? 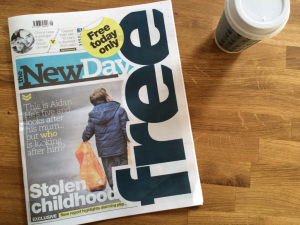