I have been a member of the FSB since I set up my business six years ago. It works hard to champion the causes of small business and provide good updates on a number of matters and some very useful help lines and other services.

About six months ago I signed up for their regular email press releases, which have again proved interesting and useful.

In the past few weeks they have been at the forefront of the debate on capital gains tax. The changes the chancellor is proposing to make to CGT have been clearly spelled out. The opposition from many people, including the various organisations representing business, has been widely publicised.

This latest press release took my breath away. It was a report from a meeting four business organisations – including the FSB – had had with ministers, including the chancellor. There were the usual carefully worded statements about people having listened and understood different perspectives and “some good progress having been made”. It was in the notes attached to the release that the credibility of the FSB unravelled.

The notes said: “Many [businesses operating today] would have been unable to start up under this proposed new [CGT] regime.” I read it a couple of times to make sure I had not misunderstood. It was a direct quote from John Wright, the FSB national chairman.

Whatever your view on the desirability or otherwise of the proposed change in CGT, to have the chairman of a leading business organisation showing no understanding whatsoever of why people start in business is deeply worrying.

No business starts up to target an after tax profit on sale. Based on my experience of the past six years advising such small businesses, the vast majority of those starting out have little or no understanding of how CGT taper relief works. Certainly not when they set up – they might start to ask questions about it once things are going well.

People start businesses because they have an idea. Because they have a dream. In many cases such ideas and dreams come to nothing – the statistics say 80 per cent of new businesses fail in the first three years. Even those that succeed rarely make the financial returns hoped for.

Those setting up and running small businesses do so because they enjoy it. Generally speaking, they are content with the modest day-to-day rewards that arise in the form of salaries and dividends. They work hard, often excessively hard. They hardly ever, even as they are approaching normal retirement age, think of the tax consequences when they finally decide to sell the business.

Leaving aside Wright’s lack of understanding, is it unfair that if a business has returned modest income to its owners during their tenure that any profit on sale is subject to tax? Do they in some way deserve favourable tax treatment for their efforts?

If such profit arises out of accumulated reserves at the time of sale it should certainly be taxed. Such capital could be extracted as salary or dividend before sale – why should it be taxed at a lower rate if it is part of sales proceeds?

There does, however, seem something unjust if the return on sale is in effect a payment for goodwill – future profits. There is a strong argument that it is more like a pension pot and, as such, should perhaps be taxed over a number of years or given a numbers of years’ annual exemption. Perhaps there should be a multiplier on the annual exemption equal to the number of years the business has been going?

If Wright and his cohorts would concentrate on such arguments, perhaps some modifications could be won. But please drop the idea that business start-ups are tax driven and an increase in CGT from ten per cent to 18 per cent would have resulted in fewer businesses being started. 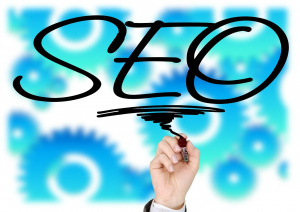