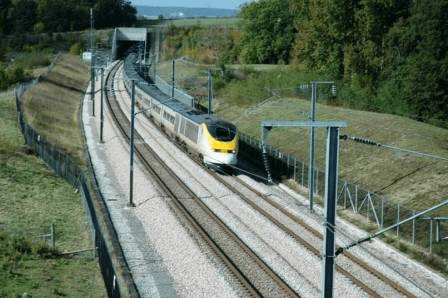 The government has given the go-ahead to the £32bn high-speed rail link HS2 – the UK’s biggest infrastructure project in modern times.

The project, known as High Speed 2, will slash journey times between major UK cities. Justine Greening, the transport secretary, has confirmed the first phase of the HS2 route from London to Birmingham, with construction to start as early as 2016. The line is scheduled to open in 2026. “Birmingham has been held back by its infrastructure and in particular its transport infrastructure,” comments Jerry Blackett, CEO of the Birmingham Chamber of Commerce. “The most unique thing about the city is its geography – its location in the heart of the country. But this does not often feel like an advantage because of the difficulty of moving through and across the city. “People’s impression is of a congested M6. The HS2 scheme will help the city reach its potential and change people’s perceptions of a city that’s not quite working in transport terms.” The next part of the HS2 project will be a Y-shaped line north of Birmingham to Manchester and Leeds, expected by 2032. The trains would run at speeds of up to 250mph. The go-ahead comes in spite of fierce criticism from some Tory MPs, particularly those in areas set to be affected by the project, such as the picturesque Chilterns. Hear the arguments for and against HS2 here. Chris Meredith of Midlands-based officebroker.com says his firm will not be willing to pay extra to use the service. “The £32bn earmarked for the project could be better used to improve the existing network or supporting areas of the economy such as startup businesses. Add to this the fact that the price of using the service is predicted to be particularly high and it becomes clear that most of us won’t be able to take advantage of what is going to be an extremely expensive service.” Are you in favour of HS2? Share your views below.