This article was sponsored by the Department for Business, Innovation & Skills (BIS).

Location-based services and social networks are the basis for many successful startups. Ross Evans had an idea for a service that would allow music enthusiasts and artists to connect through their mobile and real-world locations. The app, called GigDropper, is a music discovery service that allows artists to upload songs at specific locations. Anyone using the app at that location is subsequently able to listen to the song.

It’s a perfect marketing tool for artists, from the up-and-coming jazz band releasing their new single at a local jazz bar, to the Beatles cover band uploading their tunes around Liverpool. At the same time, music lovers will welcome a new portal to discover new artists and share them with their social network.

But no matter how much potential Ross’s idea had, the problem was raising the money to start the project. GigDropper needed investment to “fund initial platform development – taking GigDropper from the concept stage through to full beta launch.”

GigDropper finally chose to go through crowdfunding website Seedrs, and raised the £30,000 they needed from investors using the SEIS.

A business like GigDropper is often too early-stage for venture capital firms to consider, and too risky for bank lending. Recognising this issue, the government introduced the SEIS which offers beneficial tax reliefs to individual investors who buy shares in small companies at a very early start up stage. The range of tax reliefs on offer reduces the cost and risk associated with investing. “I figured it would significantly de-risk investment in GigDropper, increasing the appeal of my early-stage company to a broader audience of investors. It made it a much more appealing investment opportunity to more investors,” said Ross.

Investors were able to use the SEIS to offset the cost and risk because they can get income tax relief of 50 per cent of the amount they spend on the shares. In effect, they are buying the shares for half price. There are also other tax reliefs including an exemption from Capital Gains Tax for any gains made on disposal of SEIS shares. Combined with an audience of fellow music lovers on Seedrs, the business reached their funding goal. The money came from 66 investors, investing an average of £455.

For a new startups trying to take its first steps, or an entrepreneur needing to develop a working prototype, it can be hard to persuade anyone other than relatives and friends to put cash on the line; few assets and no sales history are little guarantee for business success.

Gloople, which sells software for building e-commerce sites which link easily to social media sites, already had six-figure revenues when it raised money from investors using the SEIS. Chief executive Warren Knight approached the London Business Angels group for funding. During his first presentation he had an offer from a man who became the lead investor and he would go on to raise £130,000 from the group, with the final £20,000 allowed under SEIS (a company can receive a maximum of £150,000 under SEIS) coming from two other outside investors.

Storemates, a website that matches people who need storage space for their belongings with people who have extra room in an attic or shed, raised £40,000 last year (also using crowdfunding on the Seedrs website) from investors who benefitted from SEIS. Of the 35 people who invested, only two bought large stakes – the rest weren’t high-net individuals. Investors can invest up to £100,000 per year through SEIS by purchasing shares in eligible companies and receive income tax relief of 50 per cent on the cost of these shares.

Further information on SEIS for investors and entrepreneurs can be found on the site alongside HMRC guidance. 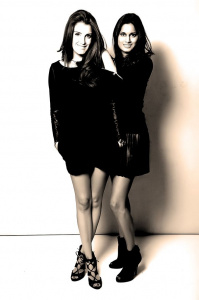 The story of leaving a big City career 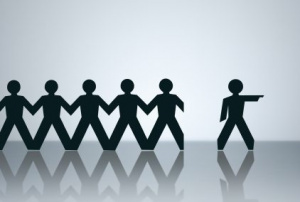 We don’t need no business leaders