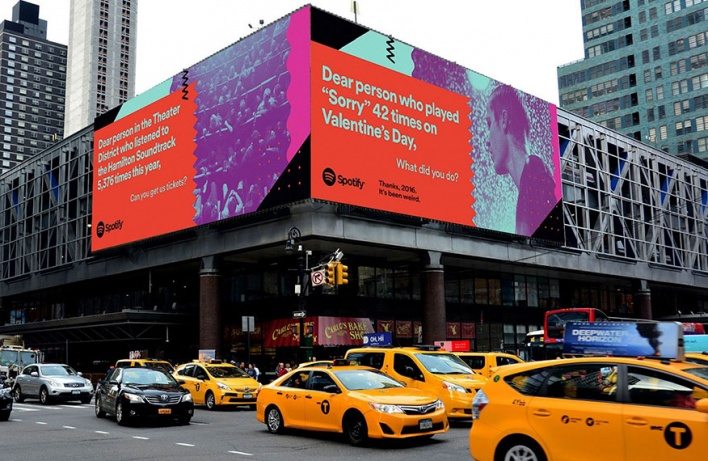 Share via
If you want to?make a lasting impression?then be a little clever and unpredictable. Taking you by surprise, funny advertising campaigns?tend to dominate the charts when it comes to becoming viral successes. Take, for example, when TV series True Blood was about to hit the small screen in New Zealand?? the nation was offered?stakes to take the bloodsuckers?out if need be. Picture one of those flyers for guitar lessons, whereby you could tear the phone number of the instructor off the sheet and take it home. Right, this was a wooden version, on a far bigger scale, where you could gain yourself a nifty stake. As you can imagine, New Zealand took to Twitter instantly. Spotify?is another good example of a brand using humour to hook potential customers. It recently made fun of users by divulging a few of the bizarre playlist?titles found on the platform. Someone made a playlist called ?Sorry I lost your cat?, while another entitled song favourites??Do not delete this again Pooty or I will end you.? But this was merely one?part of the campaign?? there was a video element as well. The company asked musicians listed on some of the bizarre playlists for a comment. Here are two samples: https://www.youtube.com/watch?v=mcwlZC2rRMs https://www.youtube.com/watch?v=-evkStJNLlM Both examples are?not the norm ? it?s not the same old stuff we get bombarded with day in and day out. With advertising being one of the cornerstones of?business, it?s important to embrace the fact that sometimes you need a little more than just product information if you want marketing success. Maybe take a page out of the wacky book presented by Exporta. It released an infographic, unveiling funny?advertising campaigns seen on TV and billboards. So ranging from the Andrex puppy series n 1972, to Volkswagen?s promotion of the park assist feature in 2012, here?s its?list of the strange and humorous.