Coming to terms with the ‘new normal’ has given a mix of supposed-business gurus and crazy politicians the chance to wheel out a load of ideas that will supposedly improve our lives and the economy.

Chief among them is the old chestnut of introducing a four-day working week!

As if we’re not having enough trouble getting people to come back to work after they’ve become addicted to furlough!  But now, a group of whack-job MPs want workers to work four days and get paid the same money as they’d do for five.

Apparently, it’s about rebalancing the economy, but it’s actually another way to put pressure on businesses who might buckle under the weight of this stupid idea and end up with no workers let alone people on short working weeks!

You’d have thought the crazy Marxist stuff would be a thing of the past with the demise of Jeremy Corbyn, but his Labour Party pal John McDonnell and the Green Party MP Caroline Lucas still think paying people the same money for 20% less work adds up.

Of course, to most working people, give them this offer and they’ll grab it quicker than a cut price TV on Black Friday.  However, someone’s got to pay for it and that bill will land slap-bang on the doormat of businesses.

The thought is that if you reduce the days worked then people will be more productive, which will generate more income for businesses to pay workers the full-week wage.

It will also mean recruiting more people, which on the face of it sounds like a good idea.  But we’re not talking about a four-day week where everyone clocks off on a Thursday afternoon for an extended weekend.

It’s about staggered shifts as workers will have different designated days off, which means that on the day an employee is not there someone else will pick up their work.

Again, in theory, that is possible. Places like call centres, shops and restaurant for example are used to working in shift patterns.  We do it very successfully in our 24/7 call centre.  But there are plenty of jobs that aren’t like that where this way of working is just not practical to achieve.

So, for businesses to make this work they will have to hire more workers, but that’s a load more cost too so everything is going to go up in price. Basically, inflation will go ballistic and with it comes a whole load of economic pain, including companies going bust, leading to more unemployment. Genius.

We really need to stop all this crazy talk and get back to a working world where people understand that to create value you need to put in some effort at the coalface.

Just like everyone can’t be a professional footballer and pull in 200 grand a week, we’re also not tech entrepreneurs living in Silicon Valley harvesting millions and billions from one good idea and a mobile phone app.

At the very basic level, we have to go to work to put food on the table, a roof over our heads and hopefully a little something left over to help us enjoy our lives.

Employers can help by creating an environment where employees want to be, but essentially people need to come to work to earn a living and there’s no way that can happen by sitting at home.

The Jeremy Kyle Show may have been canned and so should the idea that sitting on a sofa watching day-time telly is deserving of a wage. 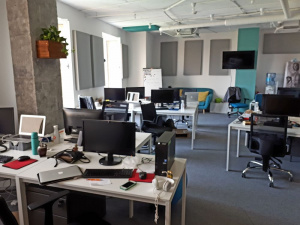 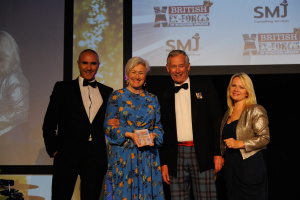