Unfortunately his scriptwriter added the words ‘in banking’ to the end of that quote – ensuring he missed the point. Or perhaps it’s just the gravitational pull that these monopolistic behemoths have on government and the popular psyche?

This is a serious issue. We need, as a nation, to wean ourselves off the idea that the banks are the inevitable future of finance and the first, and only port of call when a business, or anyone, needs finance.

George Osborne went on to make it clear that we was talking about much more than reinventing the banks for the 21st century:

“Just as the introduction of paper money hundreds of years ago revolutionised commerce so the technologies being developed today will revolutionise the way we bank, the way we invest, the way companies raise money. It will lead to new products, new services, new lenders. And the exciting thing about combining new technology and a free market is that no one in this room – certainly not me – can predict exactly how these new forms of banking will develop.”

There we go again – just as he makes clear how radical is the change that is happening the gravitational pull of ‘banking’ pulls his thinking – or at least his script – away from where the innovation is happening back to where it’s not, having failed to make any significant changes there despite the best efforts of Vince Cable and much of the government these last four years.

He talks a lot about fintech but it’s the other half of the equation he alluded to which is at the centre and is driving this change: a genuinely free market. A market, that thanks to the Internet and social media has become freer than ever before – and is increasingly free of greedy gatekeepers, including and especially the banks.

The truth is that the doors are now open and the gatekeepers increasingly redundant. The alternatives now exist and are not difficult to find – we’re just not used to using or looking for them – yet. We’ve become so used to the presence of banks and their monopoly as a fact of life that it’s taking time for our thinking and actions to catch up.

The chancellor also said “Today I can announce that as part of the first ever small business bill going through parliament, this government will legislate to require the big UK banks to pass on information on small businesses they reject for loans, so that FinTech Companies and alternative lenders can step in and offer finance instead.”

This is to be warmly welcomed – but how it is done is as important as whether it’s done. This will determine whether these greedy-gatekeepers keep and extend their monopolistic position and become gatekeepers to other forms of finance too, or will at last be obliged to compete in a freer market like every other kind of business.

As Kristy Dorsey wrote in Sunday’s Scotsman: “This has some advantages in that firms which choose to push ahead will not have to waste time providing the same financial data over and over again. FinTechs, in turn, will get additional streams of revenue and increased visibility. But any such expediency could well be wiped out by the fact that this system will leave the alternative providers looking like also-rans.”

There are other problems too. How long will it be before the banks demand a fee for this ‘service’ which arises from, and could cement, their monopolistic position? Who will set any such fee and how will it be applied? How long before they start to abuse this all-seeing position of power and responsibility, as they have all others, up to and including LIBOR?

This should and must be a temporary step toward a properly open and competitive market and the legislation needs to be written with both recent history and a clear understanding of future finance in mind. A future which may not even include banks as we’ve known them and certainly can include one in which they no longer have a monopolistic and quasi-state role.

It should also take account of the fact that this new era has, in fact, already dawned. We know this because we’ve been mapping its progress over the last two years. It includes new ways of generating finance that don’t rely on banks, debt or even equity – with their own, open and competitive variants of each of them. It also provides a way to launch a new product or company without any debt or loss of equity, fully funded and with a full order book – and a mass of enthusiastic customers and advocates. Not something your bank can deliver.

These are the three main forms of crowdfunding – and they’ve spread across the globe and are already generating billions in new funding and reaching the parts no bank has ever reached as well as those they no longer have any interest in reaching.

On Friday at the Centre for Entrepreneurs we will launch the fruit of two years research – a global map of current and future finance covering 120,000 ventures – 23,000 currently live – which shows it’s virulence and spread across the UK and the world.

We will also launch a new research network encompassing more than twenty Universities around the globe with researchers committing to studying, understanding and providing the data and evidence to support governments, and us all, in getting to grips wiyj what is happening around us right now.

And the possibilities and opportunities that this new, freer, more open era offers. Some of these will undoubtedly involve banks – but not, perhaps, as we know them.

Barry E James is the CEO and Founder of The CrowdfundingCentre.com which includes TheCrowdDataCenter

The Crowd Research Network will be launched on Friday at The Centre for Entrepreneurs, in central London. 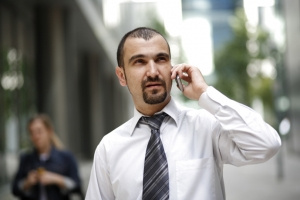 Charities are at risk without BYOD policies, warns report 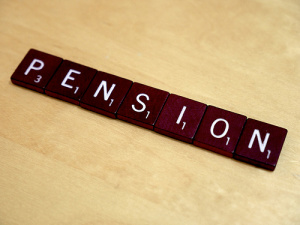