AllBright is a new funding and support platform designed with female entrepreneurs in mind.

The creation of Love Home Swap found Debbie Wosskow and Hearst Magazines CEO Anna Jones, AllBright provides female entrepreneurs with access to both angel and crowdfunding investments, as well as learning with an academy.

Real Business caught up with AllBright co-founder Jones to hear all about the campaign to support the nation’s female entrepreneurs.

What was the inspiration for AllBright?

There is a global funding gap between female-led and male-led businesses that needs to be addressed.

Research shows at present only ten per cent of global venture funds are directed at female-led companies. AllBright has launched to close this gap, providing finance and support to women in business.

We are inspired to make the UK the best place in the world for female entrepreneurs.

Why is now the right time to launch?

Facebook’s SheMeansBusiness campaign in May 2016 revealed that in the UK alone 2.7m women want to start their own business – that’s one in ten. But we know many don’t feel they have the support necessary to do so.

And if a fifth of these women had the right support and were able to embrace entrepreneurship, female business owners could add an additional £10.1bn for UK economy by 2020.  AllBright has launched to make this a reality.

You’ve noted a funding gap between male-led and female-led businesses, with the former receiving a majority share. Why do you think this is the case?

Women are known to be more likely to invest their own money or take out loans from family and friends to fund their businesses, rather than apply for investment.

We want females up and down the country to know that there are alternative investment opportunities out there to help them succeed. In fact, research shows that female founders deliver 35 per cent higher ROI than their male counterparts.

This is an important area we are putting time and research into to change perceptions and challenge the current models that aren’t working to the benefit of female entrepreneurs.

With that in mind, how has AllBright been funded?

A number of investors, angel investors and individuals have already contributed towards to the AllBright fund. By the end of this year, we are targeting £10m and from feedback so far since the launch, this is well within reach.

Is AllBright a nationwide initiative or will it be centred around specific locations?

AllBright is nationwide. We are actively looking to finance and support female-led businesses from all sectors, all backgrounds, all qualifications, all experiences, all ages and all life cycles up and down the UK.

What are the most difficult elements of being a female founder?

Most of the female founders we speak to say they lack access to many of the resources and networks needed to scale their business. This is why we’ve created a unique business model that combines an angel network with a crowdfunding platform and access to supporting services via an academy.

The model directly addresses the pain points female founders have mentioned. The angel network and crowdfunding platform will provide financial support and the academy will offer practical and online guidance, giving female entrepreneurs the information and tools necessary to grow.

Has there been a major standout moment in your career that impacted you?

I’ve spent my career working in large corporate companies so leaving to become an entrepreneur is definitely the boldest decision I’ve ever made.

But it’s the right one. I’m a big advocate of female empowerment and I can see there is a confidence and funding gap that needs to be closed. I’m looking forward to addressing this and becoming a female founder myself.

How did the two of you come together?

Debbie and I were formally introduced by a mutual friend. We got along very well as we both move fast and have a similar approach to business. We also share a common mission to use our experience to help empower British women.

You’re both already company CEOs, so how will you manage time to make sure AllBright thrives?

I have stepped down as CEO of Hearst to focus on AllBright and Debbie will become chairman. What’s fantastic about our partnership is that our skills complement each other – between us we understand all aspects of a business’ life cycle and have a track record of launching and scaling businesses.

We also have an exceptional wider team in place. Our advisory board alone comprises of Sherry Coutu CBE – executive chair of Founders4Schools, Lou Cordwell – CEO of Magnetic North, and Alexandra Chong – founder of Lulu, to name a few.

Which female-led businesses have impressed you at the moment?

Charlotte, who started off as a make-up artist, has launched her own make-up line and has succeeded in growing it to become just as well-known as other, more established brands. Impressive scaling in what seemed like a saturated market.

Sarah Wood’s business, Unruly, an ad tech company that shares videos across the web, is also impressive and shows what great technology and a can-do culture can achieve in a short space of time. In less than ten years Sarah was able to found, build and sell her company for £114m.

Are there any standout female entrepreneurs you believe women can look to as inspirations?

Jo Malone, Anya Hindmarch and Vin Murria – all are inspiring female entrepreneurs who scaled large businesses into the huge success stories they are today.

AllBright’s aim is to create more female success stories like these. The potential is out there, we just need to give female entrepreneurs the confidence, funding and support necessary to get started.

What growth targets do you have for the business over the next year and five years?

Our mission is to make the UK the best place in the world to be a female founder.

If we can empower more women to found their own companies at the same rate as they do today in the US, we will double the number of early stage UK companies from 6.5 per cent to 13 per cent. This not only means more money for our economy but more jobs as well. 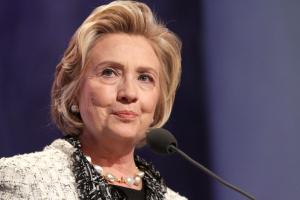 Sex discrimination: Even “nasty” women are 170 years away from economic equality with men 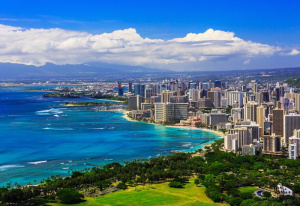