To support tech firms eager to exploit the potential of drones – from acting as soaring ambulances, to traffic cops, firemen and builders – government planning and regulating for the future needs to begin now.

That’s one of the key findings from the Flying High report produced by Nesta’s Challenge Prize Centre, in partnership with Innovate UK.

It has outlined the opportunities and challenges of implementing drone technology in five UK city-regions – Bradford, London, Preston, Southampton and the West Midlands – along with the NHS, police and fire services, government, tech experts, academics and regulators.

Five socially beneficial use cases were analysed to investigate their technical, social and economic implications. This included a drone delivery network in London and the Solent for carrying urgent medical products between hospitals.

It also looked at drones responding to traffic incidents in the West Midlands to support the emergency services prior to their arrival and fire response in Bradford. How drones could support construction work for urban projects in Preston was another area of focus.

“The five city projects are all excellent examples of the potential for drone technology to make a real difference to our everyday lives,” said Andrew Tyrer, challenge director, Robots for a Safer World at UK Research & Innovation.

“This report clearly sets out the challenges involved in delivering the vision for drone utilisation in city landscapes, and also points out the huge potential for UK companies and organisations to seize these exciting opportunities.”

NESTA stated there was a demand for drones in each of the five cities but challenges to their adoption included uncertain public support, the need to create a regulatory environment to allow autonomous or piloted flight beyond the operator’s line of sight.

Having a clearer understanding of what is acceptable with regards to noise, pollution and safety is a must.

It called on policymakers, technologists and businesses to align their agendas on what the future of drones should look like.

“These are the issues we believe need to be solved sooner rather than later in order to unlock the full potential of the drone market in the UK,” the report stated.

“Hundreds of UK companies are working in this space. Make the right decisions and these businesses can prosper. Make the wrong ones and we could blow a golden opportunity to lead the world.”

A recent PwC report forecasted that drone technology could add £42 billion to the UK economy by 2030.

Thomas Frey, senior futurist at the Da Vinci Institute in Colorado, told the World Drones Congress last year there would be 1 billion drones in the world by 2030. As well as being used as ambulances and traffic managers he suggested drones could also act as jogging aids to encourage tiring runners and even for changing nappies! 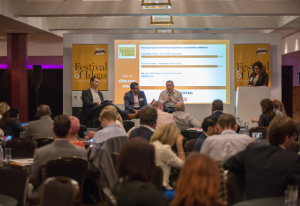 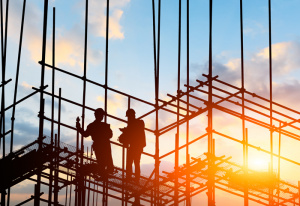