Taking to the stage at the Internet Retailing Conference, Google’s industry head of retail Alastair Stirling delivered a presentation on the future of retail.

While he didn’t consult tea leaves and admitted that he wasn’t in possession of a crystal ball to seek the future of retail, there are key trends that Google is laser-focused on, which the firm believes will be significant as time passes.

“Smartphones launched ten years ago. If you ask many different retailers what mobile means now, they give you very different answers. Some would say they love mobile; others say they don’t get it,” Stirling said.

“The one thing I can tell you about the future of retail is the pace of technological adoption is only going to get faster and faster.”

He proceeded to conduct an experiment to assess just how connected the audience was and called upon everyone that had used their mobile for the web this morning to stand – just one person remained seated. I suspect that was probably just down to their lack of enthusiasm for crowd participation than anything else.

“The building block of us as people, as businesses bring new experiences, we’re going to embrace them – Uber, Deliveroo, all that stuff,” he said.

Discussing the opportunity for the future of retail brought to us by mobile and supercomputers, he said there’s more power in our pockets than the devices that sent people to the moon.

“We’re producing more and more data as a society. Every two days we produce more data than mankind produced until 2003. For businesses that’s mind-blowing,” Stirling detailed.

He noted that that fact usually has two responses from company leaders:

(2) I’m going to be able to engage my audience better than ever before.

Elsewhere, there are two things Stirling declared Google is obsessed with – machine learning and assistance.

“We started applying machine learning to data sets. This is a problem we’re been focused on, spending ten years to get things more efficient.”

This resulted in a 40 per cent efficiency increase for Google, he revealed. Further looking at the future of retail, machine learning plays a part in terms of its ability to understand images.

“Ocado, they’re now using machine learning to understand the sentiment of their emails,” Stirling continued. “Machine learning can help them sort which are the urgent ones and which are good customer feedback.”

He highlighted things like cancelled deliveries resulting in food wastage if emails aren’t picked up soon enough. “If you’re able to spot things others couldn’t have, you can drive great efficiencies.”

Elsewhere, online homeware store Wayfair was highlighted as an example of a firm embracing machine learning with image-based search.

Explaining what consumers want from the future of retail, he said: “They want frictionless experiences. They want technology to mould into the world they live in; businesses like Uber.

“If we can use tech to solve a problem, people are going to come and use it. This thinking is behind our vision of search and where it’s going.”

“When we think abut trends, it doesn’t matter what things look like in ten years’ time, what matters is how you’ll change and your attitude to change your business.”

For a real idea of how the future of retail will look though, Stirling referred to the innovative steps Hilton has taken to make its brand one appropriate for the connected traveller, which can be seen in the video below. 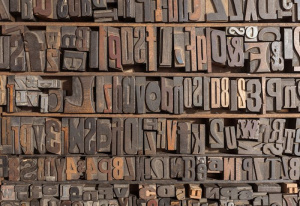 Empowering dyslexic employees: “Help me and I’ll get there in my own time” 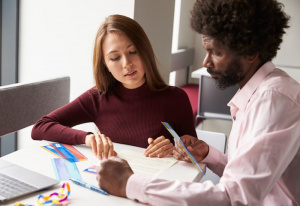 Dyslexia Awareness Week: Her work wasn’t text book in style and that’s what made it special