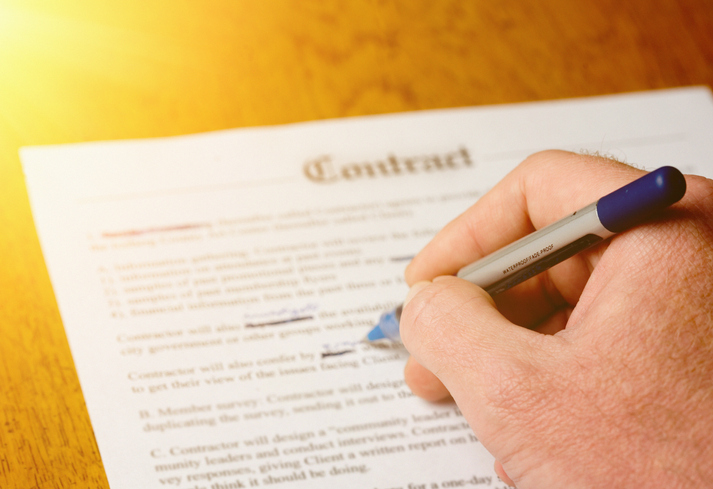 Share via
So-called ?gagging clauses” have always courted controversy. They recently acquired sinister overtones after it came to light that the Department for Work and Pensions (DWP) had inserted them into some of its contracts with businesses and not-for-profit organisations involved in the roll-out of universal credit. Gagging clauses are most often associated with reputation management and privacy in situations where a high-profile organisation or individual wants to keep an event out of the public eye or when an employer attempts to prevent an employee ?whistleblowing?.

However, these clauses must be kept distinct from similar clauses within commercial contracts.

These are, essentially, nothing more than provisions designed to prevent one organisation or individual revealing certain details about the other or about the transaction to which the contract relates. An interesting question is whether gagging clauses are actually enforceable. To answer this we need to understand whether the clause satisfies the commercial tests that a court would apply. A court would want to ensure the clause is reasonable and the restriction does not conflict with competition law or prevent publication that would be justified by the public interest. If these criteria are satisfied then the clause is likely to be enforceable. In assessing reasonableness, a court will consider the bargaining power of the parties when negotiating and the information that was available to them at the time the contract was drafted. In the case of the DWP, some of the organisations that were asked to sign contracts containing so-called ?gagging clauses” have confirmed that the clauses are standard practice and don’t affect their independence nor compromise their ability to campaign honestly about the now delayed welfare-to-work programme, which is at the heart of these contracts.

One organisation, Citizens Advice, chose not to sign any restrictive clauses, perhaps illustrating its equal (if not stronger) bargaining power against the DWP.

In fact, these clauses are common and there is a place for them in the commercial world. They are essential for businesses in any number of sectors. For example, those working in the life sciences field, many of which will have spun-out from universities having developed innovative concepts and technologies – to enable them to confidentially share those ideas with others (including investors) to get them up and running. These small to medium-sized enterprises would not be able to grow without the confidence that their ideas would be kept secret until they were ready to be released to the public. For larger organisations, it may be that the value lies in making the confidentiality requirements clear during the negotiation phase.

However, it isn’t as easy to see how these clauses fit in to charity or public sector contracts where transparency is key.

The public expects these organisations to put the interests of those they represent first, which might mean criticising the parties seeking the protection of these clauses. This is where the court needs to balance the public interest argument with its reluctance to interfere in contracts that have been negotiated between well informed commercial parties. With the public perception being that these clauses are simply used by those with power or money to cover up” issues, and the fact that they are less commonly found in public sector contracts due to a lack of commercial justification, it would be interesting to see what approach the court would take. In any event, there are questions over what would amount to a breach where the drafting is vague and includes wording such as a requirement to ?pay the utmost regard to the standing and reputation” of the DWP or to not do anything that may Attract adverse publicity” to the work and pensions secretary. Importantly, it is also not certain what would actually happen if a party did breach these clauses.

A court might order that party to stop the breach or compensate the other (although quantifying loss would not be easy) but the reality is, once the information is in the public domain, the damage may already be done.

If that damage is to the reputation of an individual or organisation, especially one in the public sector, then financial compensation may not be enough to rectify that. Lucy Nash is a solicitor in the Dispute Resolution team at Royds Withy King.