When it comes to expenses, there can be a fine line between going above and beyond to cement a business relationship and taking advantage, so just how should an FD gain control over employee spend?

It’s a key issue that businesses face, and one FD revealed an extreme case during the FD Surgery discussion that saw one employee spend an obscene amount as she took a group of friends to New York on company money.

While that type of employee spend is not commonplace, it highlights the many problems that FDs can need to juggle alongside their management of funds to drive business growth.

The executives who joined Real Business on a roundtable to discuss their experiences of employee spend were:

In terms of managing the numbers and employee spend, interim FD Ben Freeman detailed that a small company he worked at revolved around Excel initially, before it underwent a journey to introduce a system that could manage cost control.

On that note, Paul O’Leary added: “I joined Boden when it was small. First thing we had to do was get control of what people were buying and what we committed to. That was a high priority.

“The difficulty as a fast-growth business is trying to plan six months ahead when you don’t know what growth is coming. Fundamentally it comes down to people and a cost culture.”

As MD of expense management business Concur, Dafydd Llewellyn is well placed to know how tricky employee spend and costs can be for SMEs.

“Customers say when typical internal processes are small they can get away with it – but as soon as companies grow in size, they need to be in control of costs. We hear all the time, there are big pains because they can’t address how that employee spend and control happens in the business.”

On the theme of culture that O’Leary touched on, Freeman added: “I find budgets interesting. As a finance person, it’s about the opportunity to find what cost drivers are.

“As companies grow, you talk about top down policies, but you have different levels of expenditure among different departments. When you’ve done all that work you need to go to CEO and see what you have to save to nail those budgets.”

Anzo Francis noted that at London First, which has a headcount of 50, the business is budget-driven and business plan-driven.

“When I think about expenditure, I want people to think about growth and income growth and then aim to break even. I think an employee culture has been set by the executive management team,” she said.

Meanwhile, Mark Garratt from Harvey Nash declared that from his point of view, returns need to be more than the employee spend. And if that can be quantified to him, he doesn’t mind what the amount is.

“We get the best prices and best deals without going over the top. It’s sort of centralised – I do get involved to see what’s been booked and manage a central credit card purchasing function to have oversight of what we do,” Francis explained.

To that end, it’s a matter of considering where money can be saved when staff are travelling, for example. She added that team members sometimes share apartments, rather than paying for hotels, which keeps employee spend down.

On the theme of travel, the general consensus around the table was that trains are increasingly outpacing cars as the way to get around on business trips.

The idea behind that is that the ticket price is fixed and not up for discussion, whereas the FDs revealed cases where staff that had driven to destinations had taken advantage of mileage. Another benefit is safety as phones won’t be a distraction, while trains also cater for people to work, thereby increasing productivity.

Llewellyn detailed: “A third of companies have rigid travel policies, but people read it when they join and never see it again. Who enforces it as managers?

“From a business point of view, you have to have visibility. Who’s the biggest spender? Which department spends the most? Clear policies and reporting allows you to change behaviour around employee spend.”

Simon Lee admitted that his previous company had implemented Concur. “Concur was massively helpful on that visibility point of view – you can see everyone’s claims, and being able to follow up with individuals to say, ‘you shouldn’t spend money on this’, conveys that people are watching.

“25 per cent of profit goes back to staff and a third of people own part of the business,” he said. “That builds a cost conscience and reminds people their bonus determines on how people are spending.”

Revealing the extremes of their experience, one FD recalled: “Someone on the team took six friends to New York. We dismissed her, reinforced our policy and redistributed it. It’s incredible she thought she could get away with it!”

They also noted that the sales director was using Uber to get to business meetings instead of her all-inclusive rail card used for commuting, which she reviewed as “her personal train pass”.

O’Leary said: “People don’t think. As we’ve grown I’ve had to take a lot of steps back. When people have been taking advantage, we’ve had uniformed police in to march them out and that’s the biggest deterrent – it says ‘cross that line and we’ll take serious action’.” 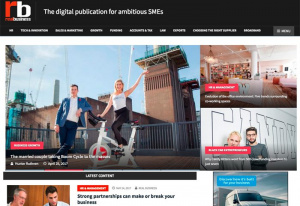 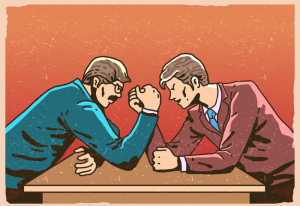 A case for activist investors in SMEs