The gaming industry is dominating the globe, being implemented in the workplace as a means of engaging staff and taking medical education to a higher level. But while these are all strokes of genius and proof of innovation, what’s really turning heads is the affordability and quality of games on mobile app stores.

It was made evident through a Google and Ipsos MORI report, which claimed a third of smartphone owners used game apps daily. In fact, out of all app activity, spanning news, entertainment and sports, mobile gaming came out on top, representing a huge opportunity for advertisers.

In full agreement with the sentiment is Gameloft’s John-Paul Burke. He became the mobile gaming company’s UK and Ireland manager in July 2017, and has made it his mission to drive corporate growth.

“My focus is twofold,” he told Real Business. “Firstly, increasing the number of people in the UK playing Gameloft games, and secondly expanding its advertising solutions arm. I’d like to grow it by educating brands and agencies on the value of mobile game advertising.”

Taking the latter statement into account, we asked Burke about current mobile advertising trends, as well as the different strategies brands can employ to make the best of in-game placement.

“Mobile opportunities for businesses are improving all the time, thanks not only to new technology, but also an acceptance that mobile is a powerful channel,” Burke explained. “Last year’s Pokémon Go phenomenon certainly brought its potential to the fore.

“It’s reflected by Zenith’s most recent forecast, which predicts mobile ad spend to grow 34 per cent. That’s not surprising given that six in ten adults say they play games on their mobile device.”

Burke also reveals that the share of male-to-female mobile gamers is fairly evenly split, much more so than with PC or console gaming. Gameloft’s own audience sees the same balance – only 60 per cent are men. An increasing female audience is not the only trend to keep in mind though.

Take the increased use of “rich media” formats for example, defined by the Internet Advertising Bureau as “interactive features that engage the user and initiate new content experiences”. For Gameloft, Burke explains, it means branded mini-games or competitive game events which companies can sponsor.

Shake things up a little. By offering rewards for interacting with ads, there’s a value exchange appreciated by the consumer. As a result they’re more open to the content they’re being shown. But it does means finding out if your brand meshes well with the game.

After all, as Burke points out: “Mobile gaming is immersive – players are concentrating on the game and nothing else as they try to beat a level or avoid losing a life. They’re emotionally invested in what surrounds their character. Used appropriately, within the right context, that setting brings brands a much higher level of engagement. It can bring about higher dwell time and increased brand recall as well.”

Full transparency is also key to in-game advertising success. Given the recent controversy surrounding YouTube and inappropriate ad placement, Burke explains, this is more important than ever. Having mobile gaming as part of your media plan from the start is just as crucial.

“The most successful brands have that in common,” Burke said. “Our Despicable Me game, Minion Rush, could be seen as an example. The films have been hugely successful, but so has the game, with over 800m downloads. It acts as an opportunity for the brand to re-engage with consumers each day – far beyond the initial two-hour cinema showing.”

Gaming is becoming increasingly important in the marketing mix. Burke suggests it will start to be seen in the context of entertainment more broadly – “all entertainment is ‘play’, whether that’s gaming, or more traditional forms like TV, film and toys. The growing popularity of eSports is proving that, and brands including Audi, Coca Cola and Pepsi Co are recognising its potential – ad spend on eSports is expected to hit $155m this year.

“It shows that mobile advertising shouldn’t be considered as a ‘bandwagon’ to hop on. It’s the future of the entertainment industry. That said, I have some words of caution. Bear in mind that people have an intimate relationship with their device – they look at it before they go to bed and when they first wake up. It’s on their person all day.”

So try not to constantly fire pop-ups and poorly targeted messaging in their direction. It’s by thinking of the player first that brands and gaming companies can truly make the most of ad placements.

Next: Facebook, Google, World of Warcraft: Learning from the greats on how to make your site addictive 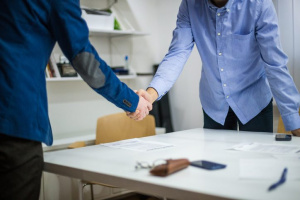 Avoid these ten common mistakes when selling your business