The World Cup didn’t come home this year, but there is a lot of take home value to be had from studying Southgate’s leadership skills.

The score at the end of a match isn’t just down to 90 minutes of hard work on the pitch, it is the result of months of planning.

The team’s performance during the penalty shoot-out against Colombia was a great example of that. Careful preparation, focused on skill and psychology, helped England to their first ever triumphant World Cup penalty shootout.

After the match, Southgate said, “I knew the message that I wanted to give the players, that we were in control of the process.” That control was a result of the meticulous studying of the profiles and historic penalties of both England’s and Colombia’s players.

Preparation is equally important to business performance. The best managers will assess a challenge and its context thoroughly to understand past successes and failures, the strengths and weaknesses of the team, and the opportunities and threats that lie ahead.

This analysis should include the performance of your own team, your services or products, and the market competition. Using this method will help you to anticipate, plan for and overcome obstacles, rather than fall at the first hurdle.

As a former England player and the previous England Under 21 team coach, Southgate has a wealth of relevant experience that he can tap into to make sure he performs the role to the best of his ability.

Such a detailed understanding of the challenges posed by a World Cup campaign, both on and off the pitch, was crucial to England’s success – especially for such a young squad. He’s been in their shoes and he knows what’s going through their heads, and this has secured Southgate the buy-in from players and fans alike.

Great leaders are able to develop a detailed understanding of the work their team undertake, and show recognition for their hard work.

Often this can be a result of spending years rising through the ranks, from being a junior member of the team and progressing to a managerial position. Like Southgate, many good leaders will have years of wisdom under their belt to impart on their squad.

Southgate was an unlikely England manager when he was first appointed in 2016. But, over the last two years, he has persevered under harsh scepticism and scrutiny from fans and from the media to put in a convincing performance at the World Cup.

This isn’t the first time Southgate has shown resilience in the face of unfair criticism. He demonstrated impressive resolve after missing a vital penalty in England’s defeat to Germany in the semi-finals of Euro 96.

Resilience is an important quality in any leader. It allows them to recover from setbacks and remain focused on the job at hand. Whether facing financial or organisational disruption, difficult situations are guaranteed in most management roles. It’s how you deal with them that counts.

Looking back on Euro 96, Southgate said, “I’ve learnt a million things from the day and the years that have followed it – the biggest thing being that when something goes wrong in your life, it doesn’t finish you.”

Gareth Southgate became an unlikely fashion icon this summer, as sales of his trademark waistcoat increased by 35% in Marks & Spencer.

His appearance was part of a conscious decision by the manager to instil a sense of pride in the team both on and off the pitch. The entire England squad were also instructed to wear a three-piece-suit in their team photo – contrary to almost all of the other 32 teams taking part.

More than just a fashion statement though, Southgate recognised the value of perception too – England mean business. The team is professional, considered and controlled.

Both in his methods and in his appearance, over the course of the tournament Southgate confounded the doubters to prove himself as a truly great leader. Although it might seem that football and business are worlds apart, managers from both sides of the spectrum can learn a lot from Southgate.

James Reed is chairman of REED. 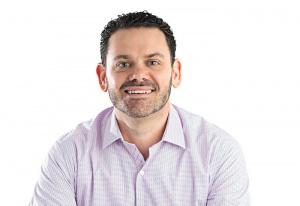 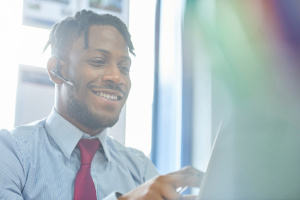