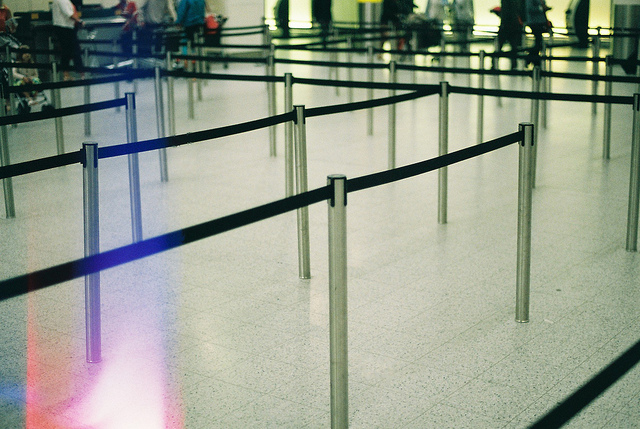 Down here in the Garden of England, to paraphrase Peter Finch in one of the all time movie greats, “Network”, we are as mad as hell and we are not going to take it anymore.

What is inducing such rage against the system? Gatwick, that’s what. This has it all. Big business, owned by faceless foreigners, makes bid to persuade the Establishment that they have found the line of least resistance in achieving the massive increase in airplane movements that the current political mindset demands. Step 1 issue, sotto voce, an incomprehensible Ipsos Mori Consultation (London Airspace Change. Local Area Consultation).  Step 2, experiment by sending aircraft down one superhighway corridor over the heads of country bumpkins who haven’t the resources to fight back. Step 3….ah yes well they hadn’t counted on the likes of Steve Haysom and thousands of other individuals and local businesses upsetting the Gatwick applecart.  Here are the highlights from his broadside to second Gatwick runway junkie, Paul Carter leader of Kent County Council.  After years of platitudes, across the spectrum, from our dissembling Masters Haysom is as mad as hell and can you blame him? If you?d like to join him at a national level, then Howard Davies at airports.delivery@airports.gsi.gov.uk is waiting to hear from you, but no later than this Friday! The creation of the proposed airborne ‘Superhighway’ will cause massive harm to great swathes of the county and the creation of a second runway will blight one of the most beautiful parts of the country in an act of wanton vandalism. “That’s the price of progress” cry supporters of the scheme and the alleged ?50 billion benefit to the economy would come in handy if you believe for a single second that such a benefit would accrue or that any of those currently engaged in the “my scheme’s bigger than your scheme” willy waving have the slightest idea what the upside might be. It does not take a lot of effort to identify examples of where the Great British Public have been contemptuously fobbed off with a heady mixture of propaganda, crass incompetence and often downright lies – weapons of mass destruction? er, no; tiny trickle of Eastern Europeans, no. It can only be hoped that the recent rise of UKIP causes both the political elite as well as hordes of bureaucrats to remember for whom they exist to serve and start to treat their employers with a little more respect – “fancy a referendum on PR?” No, not really bothered, wouldn’t mind one one Europe though, ‘come on, you only had one on the Common Market in 1975’.   Ironically this predicted economic boon is very close to the cost of HS2 – another lemon the GBP would almost certainly reject given their say. Red Ed would have to work long and hard to secure my vote next May, but even I can see that even if such spectacularly enhanced prosperity were to accrue, the current inequality in this country will result in very little, if any, trickling down to those afflicted – how about asking the question “would you be OK with a reduction in your quality of life in exchange for an increase in wealth for a few fat cats?”. Don’t be surprised if the question is met with less than universal approbation. But let’s not ever lose sight of the fact that this is all about money.   Even with the advent of behemoths such as the Airbus A380, modern planes can be far quieter than those in even the recent past; the reason for the increasing nuisance is purely the fact that the airlines are operating in a way that saves them fuel – despite all assurances to the contrary the planes are so low over Chiddingstone (14 miles from Gatwick) I swear I can see who went for the chicken and who plumped for the beef. “But don’t we need more flights to China and the other emerging nations to remain at the economic top table?”  Arguably, but new technology released at the CES show in Las Vegas gave a glimpse of virtual 3D meetings, and why would anyone clamour to travel with their little bags of liquids and receipt for the tablet they had confiscated because the battery was flat, unless they really had to.

These plans are not designed to fuel the UK as an economic powerhouse, the terminal buildings at Gatwick are not thronging with be-suited City gents, they are rammed with corpulent, tattooed Sharons and Darrens on their way to Shagaluf.

If you need further proof that money is the motivation behind Gatwick’s quest for a second runway, the fact that it ran a whole series of advertisements in the national press this week making its case should remove any lingering doubt. “We believe so passionately that Gatwick offers the best solution to the UK economy that we are spending a fortune advertising the fact” or “Choose us and we can ship thousands of extra stag parties to Prague and make an absolute mint” – you decide.   Global Infrastructure Fund – the very-much-for-profit vehicle that owns Gatwick is domiciled in New York so there won’t be many tears shed over the destruction of Hever Castle as long as the fund hits its target of 15-20% gross returns. Key early investors were Credit Suisse, which heavily promotes the fund and General Electric. The fund purchased Gatwick in 2009 and is clearly looking to maximise its investment – these funds are notoriously difficult to unpick but rest assured that English Heritage and the CPRE are not invested. Oregon Investment Council however is and so are a number of sovereign wealth funds, endowment and corporate and public pensions funds from Maine, Oregon and Washington. I know that what we are facing is nothing compared to the poor souls on ME17 – but it has been confirmed that the reason it was overhead a war zone despite all the warnings was that it was the most direct and therefore cheapest route to fly – completely outrageous but a very stark representation of where priorities lie in these matters. I have never seen a rolling chalk landscape, a lazy summer stream, a misty water meadow or gently rustling shaw that would be enhanced by a plane thundering over it belching its load of poisonous filth; no picnic at nearby Hever Castle, school play at Chiddingstone Castle or walk through the local bluebell woods would benefit from the deafening roar of a plane coming in too low rendering conversation impossible If I, and others like me, don’t stand up for this area who will? If that makes me a NIMBY then that is a tab that I am entirely comfortable with. I never want to have to tell my grandchildren that “it used to be really nice around here but unfortunately a bunch of self-serving pen pushers ruined it and I did nothing to try to stop them”. I suspect that any attempt to mitigate what is happening by explaining that the Global Infrastructure Fund or the Abu Dhabi Investment Authority, National Pension Scheme of Korea, California Public Employees Retirement Scheme and the Future Fund of Australia have, however, achieved impressive returns on their investment, is likely to cut little mustard    I’m not sure what has changed of late, but the increase in noise is tangible and any further escalation will do irreparable damage to an area of outstanding natural beauty. My boys recently sat their A/S levels and each complained that their sleep had been interrupted by the planes and that they fear their performance had been impaired. I am undeniably irked that I can no longer enjoy a peaceful evening in the garden with a glass of something refreshing, but that will be as nothing if I believe that my children’s life chances have been in any way impaired by people who would probably struggle to find Chiddingstone on a map and are more interested in the nature of their own legacy rather than the destruction they wreak along the way. I suspect that it is harder to ask ‘why are we running’ rather than to just go with the flow, but I for one will not sit idly by and witness the destruction of the environment for no proven benefit; I challenge you to have the courage to join me by

2    Rejecting the plans for the ‘Superhighway’

The only thing that appears to have come in lower than the planes is the laughably entitled ‘consultation process’ that was sneaked in under the radar in January and I urge you to reject its conclusions as I believe that it was fraudulently conducted. Much is made of the environmental impact of Boris Island, and I am all for preserving whatever we can, but inconveniencing a few ducks seems a small price to pay when compared to the destruction you support of the county you are elected to safeguard. Image source