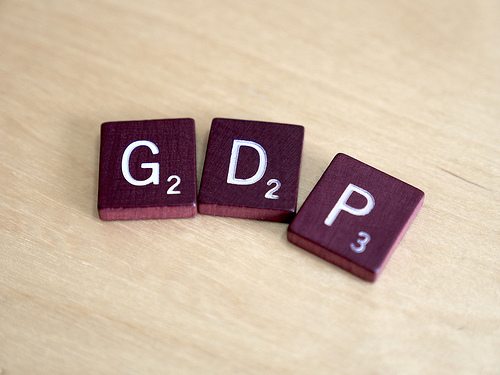 I believe it was the economist Roger Bootle who suggested that he may just as well have gone back to Hereward the Wake. Right on cue, The Daily Telegraph of 28th January spends much of its front page telling us that the economy is growing at its fastest pace since the crash of 2008. How does it know??

It doesn?t. The standard measure used to calculate economic growth (and to trumpet the latter as rising living standards) is the change in Gross Domestic Product (GDP) per head, corrected for price inflation.?Any numerate person will confirm that the percentage error margins in two large numbers are magnified many times over in any statistic of ?the difference between the two? variety. With GDP growth we have a classic case; the annual growth rate is essentially the difference between two successive (annual) GDP measures, which are themselves prone to significant error. Simon Kuznets, the inventor of ?national income? argued that a margin of error for GDP calculations is likely to be in the order of ten per cent. Nor do things settle down over a period of time. The basket of goods which makes up any price index is based on shifting sands. Indeed it is arbitrary, as any shopper will confirm. Another wheeze is to use ?imputed prices?. Thus we have ?imputed rents? for owner-occupied housing ? which make up about six per cent of GDP. Why not do the same for any spending which has a whiff of capital about it, or indeed anything that is owned but can be rented, such as a motor car? That brings us to another problem ? investment. Investment is a current component of GDP, but in the crudest form imaginable, without any attempt to assess the ?period of fruition?. Since all capital investment is a drag on consumption until it reaches fruition, it?s not surprising that only an arbitrary sliver of investment, independent of duration, is included and that no allowance is made for depreciation. In contrast, National Income figures allow for depreciation, which is sufficient to disqualify it from the headlines! (Depreciation and imputed prices are one of the many reasons for inaccuracy, because company policy is partly driven by various influences such as taxation.) So, there seems no point in including investment at all in a measure of current living standards; indeed the Office of National Statistics itself appears to accept that GDP is not a true measure of living standards. What Ludwig von Mises suggests that ?the roundabout method of production? involves far more time and investment before goods are ready for consumption, but when they do arrive their quantity (and quality) is hundreds of times larger than before the days of mass production. Were this complicated assembly line to fail, living standards would sink like a stone. Government and Spending One can go on in this vein for a long time; the underlying theme is the role of government and its need for self-justification by bogus statistics at every turn.? Image source