Observing gender equality, to a certain extent, the creative industry is leading the way with the Institute of Practitioners in Advertising’s (IPA) 2016 Diversity Study stating that the advertising industry had an ‘almost perfect’ gender diversity split. In creative agencies, women occupy 49 per cent of roles and men 51 per cent.

However, when you look closely, this isn’t quite as good as it seems – at C-suite level this dropped to just 31 per cent. Given that women make up roughly 50 per cent of the population, meeting their needs in the workplace with gender equality and ensuring they are represented, including at decision-maker levels, makes sense – and cutting out half of the talent pool places your company at a huge disadvantage.

At the mission, for example, a fifth of our board is made up of women and women occupy nearly 50 per cent of CEO positions across our 13 agencies.

While this is especially important in an industry like marketing and advertising, where teams need to understand their audiences, it doesn’t always follow suit, but, on some level, at least, we must be doing something right for gender equality.

The positive impact that a gender-balanced workplace can have is huge, whether it’s boosting employee engagement or productivity, meeting the needs of suppliers or your customer base or enhancing the organisation’s reputation.

Indeed, it has also been proven that gender equality can have a major boost on a business’ bottom line.

While many positive strides have been made relating to diversity, there is still a long way to go – how can we go one step further and translate what is being achieved so far across all levels and in all types of business?

And what are the basic principles that a business needs to ensure that diversity isn’t an issue, but something that runs naturally through the business’ core?

Both men and women need to balance the pressures of home and family life with work commitments and employers who understand that their employees have roles beyond the workplace are the ones that will ultimately have greater commitment from their staff.

Likewise, a transparent process for performance management where personnel are promoted on merit, rather than “fit”, is critical to ensuring that all staff, regardless of gender, creed or colour, are able to flourish.

While gender equality is clearly the right thing to do, BITC estimates that unleashing the full potential of women in the workplace could be worth £23bn to the Exchequer. This really is an issue that the UK can no longer afford to ignore, but a solution is much harder to come to.

Is regulation the answer to achieving a more representative workforce? A quota system perhaps? The introduction of more mentoring schemes?

Or is it about having a leader at the helm of a business championing diversity?

With official figures showing that women in the UK earn an average of 81p to every pound earned by men, it is clear that more needs to be done than just relying on the positive conversation we’re finally hearing from senior management teams.

Too many companies adopt a blasé approach, or feign ignorance to the gender equality issue. Fostering a wider business culture of openness and tolerance must become a greater priority for businesses.

For if there’s a tide of opinion entrenched in a business, even the most revolutionary of leaders will struggle to bring about change alone. 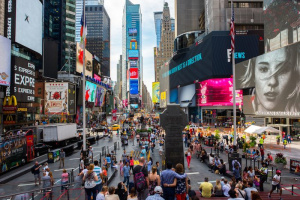 Six futuristic outdoor tech trends SMEs can use to stay ahead