This article was originally published on 5 April 2018

Writing in the Telegraph, Theresa May claimed that “injustices still hold many women back. When I became prime minister, I committed myself to tackling the burning issues which mar our society. One of these is the gender pay gap.” This spurred her decision to have employers disclose what they pay staff, with reports to be filed annually from 2018 onwards.

The first reports came streaming in, with many just making the deadline. It revealed, according to Emma O’Leary, employment law consultant for the ELAS Group, “overwhelming gender pay gaps. But as headline grabbing as that seems, it demonstrates the importance of companies publishing a report to go alongside data which, in some cases, could go some way towards watering down the initial shock of the statistics.”

The BBC delved into the gender pay gap reports, dredging up various figures. When it came to waste management, mining and household services, women were actually paid more than men. The finance sector, the news portal claimed, was the worst off. The nation also ranked lower than the OECD average in terms of equal pay.

The Independent took a different approach, citing the companies with hefty discrepancies. Ryanair, it said, posted a 71.8 per cent pay gap. HSBC had a gap of 59 per cent, with Sony maintaining a median of 25.8 per cent. Meanwhile, Deloitte paid female staff 43 per cent less and 71 per cent of Apple’s top earners were men.

What needs to be acknowledged, XpertHR’s content director Mark Crail suggested, was that almost every employer covered by regulations reported by the deadline, despite no clear indication up until a week ago what penalties there would be for failing to comply.

“TheEquality and Human Rights Commission (EHRC) has been now making fairly threatening noises about how it intends to enforce regulations,” Crail said. “Its first priority will be to talk to bosses that failed to report on their gender pay gap, and this is clearly right. But when it moves on to dealing with organisations that published erroneous data, I hope it will do so with some understanding of the difficulties employers encountered in compiling the data.

“There is no excuse for deliberately publishing wrong data, but the first year of reporting has been a learning experience and some will have made genuine mistakes. Many have struggled as the regulations are quite patchy – providing very precise instructions in some areas while leaving a great deal unsaid in others. Hopefully it will prove easier next year with the advantage of the first year to go on.”

Much still needs to be done to make reporting a more transparent and efficient way of plugging the gap. Crail revealed that some companies opted to say only what was required, while others went above and beyond by offering additional data. This way of doing things won’t immediately change, he explained.

“At the same time though, employees will be pressing their employers not just to explain, but to come up with action plans and show real year-on-year progress against them – and this must be a priority for the board,” Crail added.

With the deadline for companies to publish gender pay gap reports having passed us by, many have queried what happens to those that failed to make the deadline. What sanctions, if any, will companies face?

According to Nicholas Le Riche, employment partner at Bircham Dyson Bell, naming and shaming is likely to be the primary sanction issued against companies that failed to comply.

“This approach has had some success and generated considerable headlines in relation to highlighting failures to pay the national minimum wage, so could be a useful way of pressuring organisations into compliance,” Le Riche said. “If this fails, the EHRC has suggested that it is prepared to hit organisations with potentially unlimited fines.”

“This empowers EHRC to take enforcement action,” Weaver added, “which includes carrying out investigations, entering into written agreements with bosses requiring them to comply with reporting obligations and then enforcing these written agreements through the civil courts.

“Where non-compliance continues, the EHRC can then issue an ‘unlawful act notice’ requiring employers to implement an action plan to remedy their breach. If this is not done then the EHRC can seek a further court order requiring compliance. An employer will commit an offence if it fails to comply with this order and find itself liable to an unlimited fine.” 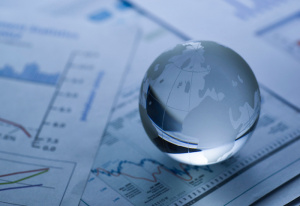 What startups and small businesses need to know about international expansion