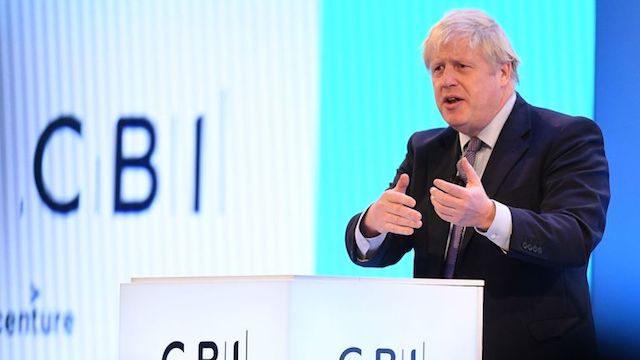 Share via
The UK general election, taking place on December 12, 2019, will determine what leader (and what party) will take the country, and its economy into 2020 and beyond. The UK’s 5.7m SMEs are one major group that will be awaiting the results with bated breath, or will they? Is there a consensus on what party they should be voting for? Considering the ‘chop and change’ in leadership in the Tory party (seen as the traditional business party), over the past few years –  Maybe not.

Can the Tories count on the business community for support?

From ex-prime minister David Cameron, who resigned in 2016 due to his anti-Brexit stance to Theresa May who was unable finalise a Brexit deal and stepped down in mid-2019, the conservative party hasn’t exactly been defined by strategic strength recently. Today, the unpopular Boris Johnson steers the ship – with his ongoing delays over brokering a Brexit deal doing little to help UK businesses prepare for any outcome adequately.

No longer the ‘party for business?’

The Tories may no longer be the party businesses can trust, with Johnson reportedly saying “f*** business,” in response to industry concerns over a ‘hard Brexit’ last year. Could Jeremy Corbyn’s Labour Party offer refreshing new policies on business? Or are the Liberal Democrats a pragmatic middle ground between the other two?

Despite the official party manifestos not being available yet, the leaders have taken to the annual Confederation of British Industry conference to let businesses know what their plans are. Here’s what we know so far:

3. Jo Swinson – Liberal Democrats: Stay in the EU and the “middle ground”

Kris Ingham – Founder & CEO, Rejuvenation Water: I will be voting for the Conservatives. The landscape, to operate an SME in, over the last couple of years, has been challenging (to say the least). One of the main contributors towards this has been the political uncertainty and, in particular, the uncertainty with Brexit. Should Labour or the Lib Dems come to power, this uncertainty will only be exacerbated with further referendums. In an environment where investors are pulling back amid the uncertainty, the Conservatives, for me, are the ones who are best placed to end the stalemate without compromising our sovereignty. Gordon Wilson, CEO, Advanced: If the UK SME economy is to prosper and thrive post-Brexit, we have to provide businesses with the tools to step up the pace and improve productivity. Investment in these technologies is now critical in enabling UK organisations to compete and survive in this next economical era but this needs to happen with fiscal responsibility. Of the speeches we heard this morning, Boris Johnson talked about getting Brexit done and that’s what we would support. Gary Cattermole, Director, The Survey Initiative: I’m finding it incredibly difficult to know who to vote for! None have a coherent, clear strategy for any business going forward – be it SME or otherwise. There’s also so much mixed messaging regarding Brexit, plus economic growth and opportunity within and outside the UK, or taxation that links to the wider economy and needs of the country, which is essential to get us back on track with key services, such as healthcare, education and policing etc. I also struggle to see an honourable and strong leader amongst the mix, which is not helping me opt for one party over another. Related Topic- Labour or Conservative