Despite winning the most votes, prime minister Theresa May waved goodbye to her party’s majority and said hello to a hung Parliament. It wasn’t the result she hoped for – no one’s going to try bypassing the Fixed-term Parliament Act any time soon – and it’s resulted in a lot of uncertainty, especially when it comes to tax policies.

Sure, the incumbent government stays in power, but we have yet to see if a coalition or minority government is formed or whether a second election takes place. In the case of the former two options, policies would need to gain votes from other parties in order to pass.

This circumstance was best described by This is Money’s Simon Lambert, who explained: “When the 2010 general election resulted in the same outcome, a coalition government was formed between the Tories and Lib Dems. Many of the Conservative manifesto plans for people’s finances was watered down or ditched, while some Lib Dem policies were adopted.”

Take, for example, how state pensions and social care funding featured heavily in the Conservatives’ manifesto. Both issues, however, are at odds with those of other parties, making it challenging to push those changes through Parliament.

In fact, if we’re certain of one thing, it’s that hopes to ditch the pension triple lock by 2020 have been dashed. After all, the Conservatives were the only party to campaign its end. The policy certainly doesn’t curry favour with the DUP, which the Telegraph suggested has made a deal with May – it has long said it will “support the maintenance of the triple lock”.

Another area of concern is the Finance Bill – the juggernaut of tax policies. Much of its contents were dropped in order to rush it through ahead of the general election, and while many suggest a post-election edition will see the light of day, chances are it won’t carry the same content.

It certainly doesn’t help that we will have to wait for a new Financial Secretary to the Treasury. This point was made clear by Tina Riches, national tax partner at Smith & Williamson, who said: “Given that Jane Ellison, who as the previous post-holder lost her parliamentary seat, we will no doubt have a period of uncertainty while a new minister is appointed and gets up to speed in providing strategic oversight for tax policies.”

On the other hand, Brian Palmer, tax policy adviser at AAT, explained: “We can expect the promise made by George Osborne to raise the personal allowance and the higher rate threshold to £12,500 and £50,000 respectively to be honoured. Corporation tax should also continue to fall until it reaches 17per cent by the end of the decade.”

“There is a massive gulf between the indicated levels of both corporate and personal tax between the Conservatives and Labour and the current uncertainty will do nothing for the confidence of most SMEs,” Stewart Pope, CEO and tax specialist at Perrys Chartered Accountants, said.

“It is essential for these businesses that this uncertainty is removed one way or the other as quickly as possible to enable SME bosses to understand the likely position to allow them to plan ahead and avoid the probable stagnation which otherwise may well occur.” 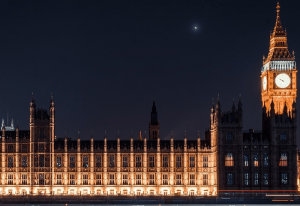 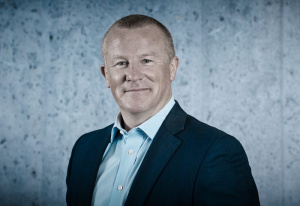