In his speech yesterday David Cameron talked about the importance of creating wealth and said ‘profit’ was no longer a dirty, elitist word. You don’t have to be a business tycoon to know that money makes the world go round and profitable companies generate jobs.

Yet whilst his message might resonate with older business people who are now being told it is good to make money, having been slammed for it since 2008, I wonder how much resonance his sentiments will have had with Generation Y.

Young people born between the late 70s and 90s (commonly referred to as Generation Y) are the entrepreneurs and business leaders of the future. Most of the aspiring entrepreneurs I meet don’t need to be told that profits are a good thing. They know that already and have their minds on the greater challenge of how to integrate doing good with making a profit.

They actively consider the community, the people who work for them and their families. Having interviewed over 1,000 aspiring young entrepreneurs over the last couple of years, I have found that this group has well formed views about the wider impact of their start-up businesses.

They care deeply about issues beyond profits. They are concerned about the environment, believe that a decent education and the opportunities this promises should be available for everyone, and they want to work for a fairer more caring society.

Some of the young entrepreneurs we engage with speak of an additional pressure. They have watched their parents work exceptionally hard to provide them with the best education. They are constantly being told how lucky they are and yet, at the same time, often, that they are nothing special. There is a tension in this generation which leads to angst about what they do with their lives, a type of ‘post-colonial’ guilt.

As a consequence whilst they may want to be the founders of the next Google or Facebook, they also want to build companies that do not polarise profit and doing good. At the New Entrepreneurs Foundation much of what we do in our Fast-Track programme is to teach self-awareness and the importance of being socially aware as well as being successful entrepreneurs. In the last few years,I have seen about 800 business plans for start-ups. Of these around 70% have some form of a social ‘give back’, either directly or more obliquely.

In the future I expect to see a move from the ‘get rich quick’ mentality to a far more socially balanced and integrated approach, where the pursuit of profit iskey but it is balanced by a stronger focus on the impact on the community, on the people in and around the business and the impact on the wider world and the environment.

I think the new start-up business leaders of today really do ‘get it’ and the wider social impact will be built into their businesses’ DNA. Profit is vital for successful businesses and the good of society but so too is a social conscience. The future successful new enterprises will be those that achieve both.

Neeta Patel is CEO of the New Entrepreneurs Foundation. 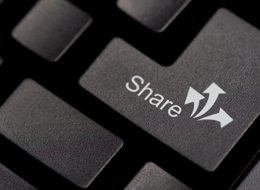 How to be the best in the sharing economy 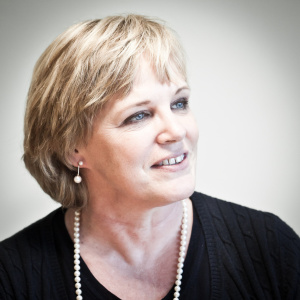 Using data to understand your customers