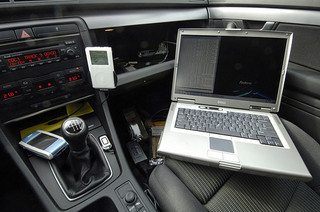 The report, which surveyed 5,000+ respondents worldwide, reveals characteristics of the newly dubbed #GenMobile, a group of employees defined by their preference for mobility both in terms of the devices they use and their approach to work. They have a tendency for non-traditional work hours, demand flexible work locations over higher salaries and request reliable internet, asking for Wi-Fi versus 4G, 3G or wired connections.

The majority of #GenMobile are in the early stages of their career, owns three or more connected devices (62 per cent), and feels most productive when working from home (57 per cent). Furthermore, #GenMobile are so attached to their mobile devices that they are 15 times more likely to give up coffee and seven times more likely to say goodbye to their televisions than their beloved smartphones. The report reveals that, rather than acting as an aide to the workday, #GenMobile are shaping their working lives around their mobile devices. With the ability to work effectively any time, any place and on any device, they expect employers to make the policy and structural changes necessary to enable their preferred form of working.

Nearly 58 per cent prefer Wi-Fi at the expense of other connections (4G, 3G or wired), while 51 per cent declare that their mobile devices help them to manage their lives.

A new workday is emerging

Over four in ten believe they work most efficiently before 09:00 or after 18:00.

Tech at work is essential

Mobile at every pause

The average consumer spends 21 hours per week on their mobile devices doing errands like banking, or viewing movies for entertainment, and 37 per cent expect their number of remote work hours to increase in the next twelve months. Aruba Networks believes that understanding and catering to #GenMobile?s needs can be the key to a productive workforce, while also ensuring global companies are in a competitive position. For example, #GenMobile are more likely than other groups to access mobile apps such as Facebook (17 per cent) and Twitter (14 per cent). But they are also 20 per cent more likely to access and respond to work emails on their mobile device. For #GenMobile, mobile is second nature to both a work and personal life. However, there remains space for human interaction in the life of a #GenMobile. Nearly 63 per cent indicated that they still value the time when they can disconnect their devices, suggesting that companies must be able to provide effective downtime when it is needed. Image source By Shan? Schutte