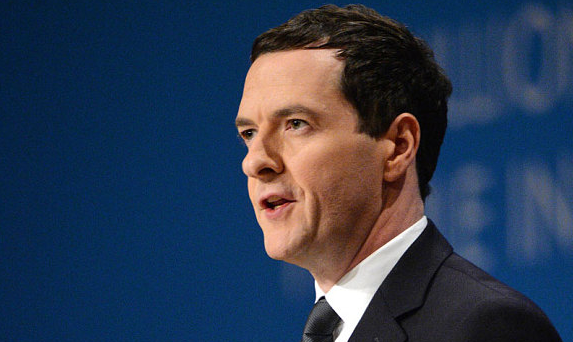 While many of his most recent addresses have taken on a more positive tone, Osborne used his first major appearance of 2016 to warn against complacency and encourage the nation to not let up.

Asking the question: ?Are we going to see though the economic plan that is delivering growth at home and security from risks abroad,? he worried about ?creeping complacency? and a sense that the hard work is completed. ?Last year was the worst for global growth since the crash and this year opens with a dangerous cocktail of new threats from around the world,? he added. ?For Britain, the only antidote to that is confronting complacency and delivering the plan we?ve set out.? He went on to outline what will be done to further bolster the work being done in Wales. Citing 70,000 new jobs and unemployment down by 30 per cent since 2010, the government will be committing ?900m over the next five years. The Conservatives have already given the power to legislate on business rates, with stamp duty and landfill taxes to follow in 2018. Two new UK national centres will be opening in Wales, developing semiconductors and part of the government?s network of R&D Catapults. Going into more details about how the government will combat complacency, he commented: ?The concern is that demographic changes ? an ageing population ? means a rise in global savings. ?At the same time entrepreneurs stop innovating. They don?t want to set up companies or expand and so don?t want to borrow those savings to invest. But when the demand for borrow is weak, firms will only take a loan when interest rates are ultra-low.? Osborne does not want Britain to cut itself off and isolate itself, instead form more links with the fastest-growing parts of the world. Read more about George Osborne: In an apparent side swipe at Labour and its leader Jeremy Corbyn, Osborne touched on those “irresponsibly suggesting” for a return to old ways when the UK spent beyond its means. “Though the year is only seven days-old, already we?d had their predictable calls for billions of pounds, literally billions more debt-fuelled public spending. “They reject all the reforms we propose to deliver better-quality public services for less taxpayers? money.” As he has done in many Budget or Autumn Statement addresses, Osborne again indicated he was committed to “fixing the roof while sun is shining”. He closed by saying: “If 2015 was the year for setting out that plan ? 2016 is the year for the delivery of it. “We don?t know what exactly will happen to the global economy.?We don?t know when the next turn of the cycle will come.?But we do know that we haven?t abolished boom and bust.?So there is no excuse for inaction. We are in charge of our own destiny.”