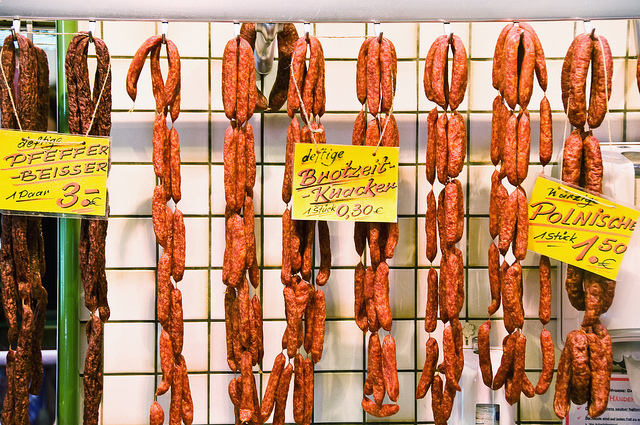 The country’s cartel authority yesterday fined 21 companies a total of ?338m (?250) for colluding to fix the prices of it famous bangers in a scandal going back decades.

Among the accused is Germany’s biggest sausage producer, the Zur-M?hlen-Gruppe, which denies the accusations. Andreas Mundt, head of the cartel authority, said: “These price-fixing agreements were practised over many years.? ?The overall amount of fines seems high at first glance but has to be seen in perspective in view of the large number of companies involved, the duration of the cartel, and the billions in turnover achieved in this market.” This scandal follows another focused on that other quintessential German product, beer, earlier this year. Five breweries were fined a total of more than ?100m for colluding to raise the price of beer before it arrived on supermarket shelves and in bars. One has to wonder whether a sauerkraut cartel is next on the authority’s hit-list. Image source