As trading agreement discussions with the EU continue, it’s clear that many UK businesses with international operations have expressed concern for the UK’s place in world trade.

A report from the British Chamber of Commerce found that one in five businesses say that in a ‘no deal’ scenario they would move part or all their business to the EU27.

Similarly, a quarter of firms that export or import internationally say they would cut investment plans.

Many governments have been attempting to capitalise on the potential of a ‘business exodus’ by marketing the value their cities hold.

Paris and Amsterdam have already been instrumental with their efforts to attract tech startups through incubator solutions, with Madrid, Milan and New York also following closely behind with similar startup support offerings.

Frankfurt’s economic development organisation, FrankfurtRheinMainwe, set up a full-on Brexit business pitch, which has been estimated by many to have scooped the operations of numerous businesses, particularly in finance.

This is creating competition within Europe and beyond for attracting newfound business investment.

And, as with any competition, there are always winners – Germany’s Frankfurt might come out one of most victorious from the Brexodus.

Why are we betting on Germany?

OCO Global is seeing a significant increase in foreign companies seeking to secure and expand their European business base in Germany. Since 2016, a total of 42 businesses have recorded relocation projects from the UK and for 12 of these, Germany has been the destination.

Similarly, our partnership with FrankfurtRheinMain, the regional Economic Development Organisation, has shown us an increased demand in investment requests from the UK about relocating to the Frankfurt region.

These requests are mostly from the financial services and IT sectors, as both are showing increased interest in expansion into Western European hubs, with German centres being an attractive option.

Our recent UK SME Brexit survey provides evidence of this increased attention to relocating to Germany. For those businesses considering expansion into Europe, a third (33%) of positive respondents selected Germany as a destination they would like set-up operations in.

New legislation is currently being passed through Germany’s parliament (entitled ‘Transformation Act’), which will allow many businesses, under EU freedoms, to register their firms under British rules despite being based in Germany.

The change will affect around 10,000 small to medium-sized businesses, should it be passed.

For those considering Destination Deutschland

Through our work with FrankfurtRheinMainwe, we believe Frankfurt will continue to gather increased interest from UK businesses.

For any CEO or company attracted by the region’s wealth of opportunities, however, we would suggest the following points:

Sales cycles can be more time consuming as German businesses tend to go through a period of intense testing before taking a decision. Be patient and potentially choose to work with a local marketing expert or consultancy to help you gather your first leads

According to a recent survey by recruiting agency Manpowergroup, over half (51%) of German employers are having difficulty filling jobs. Be sure you have access to the right talent before entering the market.

Positioning your business as a foreign supplier brings advantages – for instance, sourcing is being diversified through openness to new technologies and service offerings. Ensure this is communicated in your sales and marketing where relevant.

Depending on the industry, but as a general rule, German buyers are price sensitive but loyal once won. Be aware of this when negotiating contracts and changing cost options.

It’s worth employing German or German speaking locals, so that it’s easier to build trust and a close working relationship with new customers.

As trade agreement discussions with the EU continue, it is likely a more certain picture will emerge of the benefits or advantages of remaining in the UK post-Brexit.

In any circumstance, having a contingency model in mind will be key for any SME with international operations.

Although Germany provides just one, among a host of other strong UK-alternatives for businesses, its strong economy makes it a great place to start. 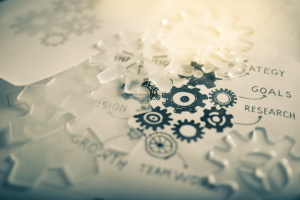 Everything you need to know about VAT as an SME owner 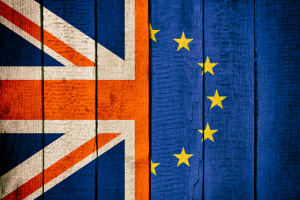