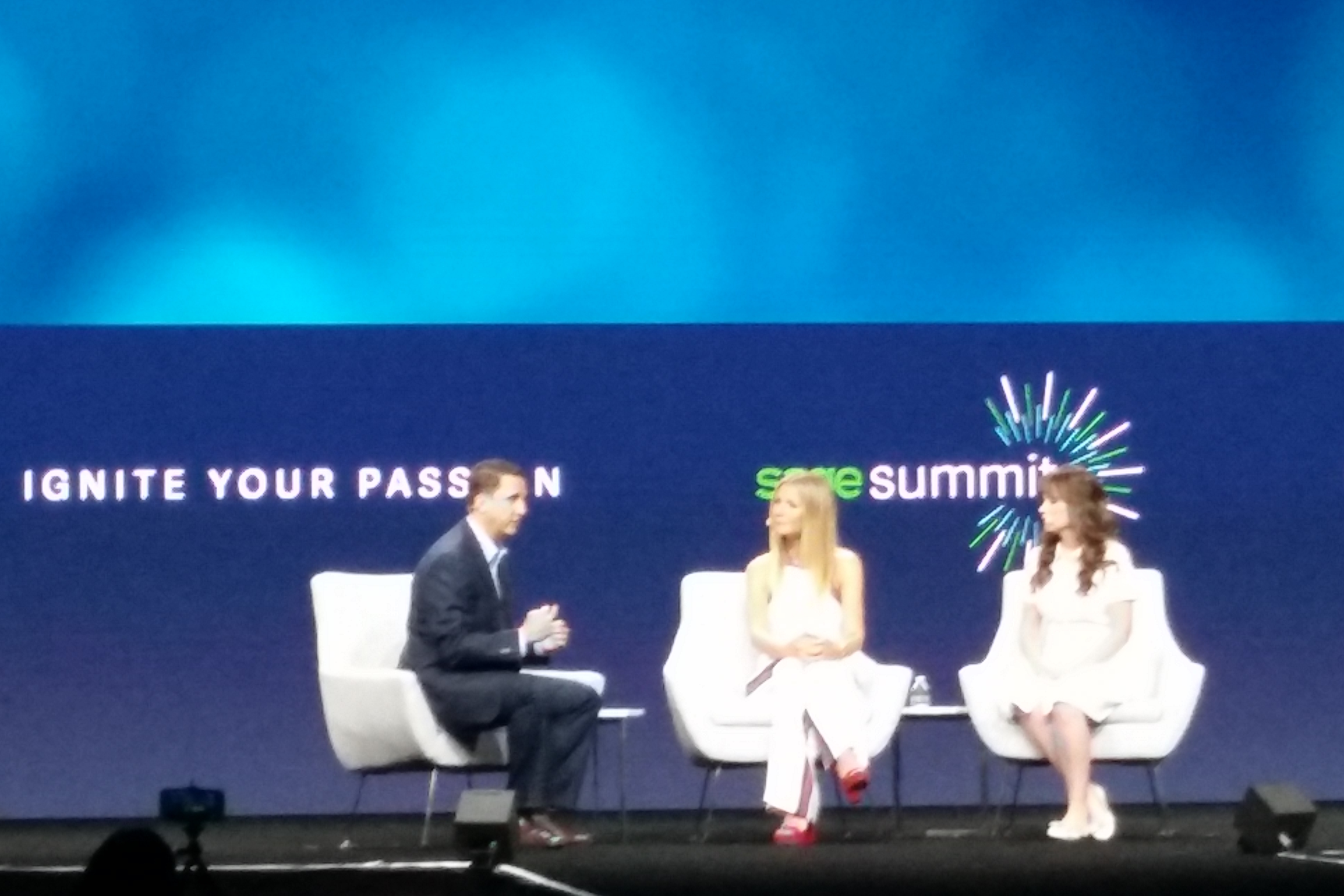 Paltrow and Deschanel (sounds like a private investigation outfit doesn’t it?) join a line up of special guest speakers that has included Super Bowl hero Mike Ditka and Richard Branson, while they’ll be followed by fellow Hollywood star Ashton Kutcher on 28 July.?

With success in Hollywood apparently not enough to keep them occupied, they both had ideas bubbling away and put them into action to step into a new role ? entrepreneur.? Deschanel admitted she’s not business-minded at all and, unsurprisingly, considered herself a creative. Possessing idea upon idea for years, she never had the means to develop them, mainly due to a lack of connections. And it was that issue that sparked up the concept for HelloGiggles.? “I thought it would be nice to create a way to connect with creative people. I met my business partners in 2010 and we all had that feeling that we wanted to connect people creatively, and luckily we all had different strengths,” said Deschanel. The two partners that joined brought business and networking skills alongside editorial knowledge to the table. Paltrow, meanwhile, admitted she was burnt out from acting ? at the time she was doing four films back to back each year and realised she had to take a step back. Taking a break and spending time with her children prompted her to question her purpose and what she really wanted to do, which is how Goop was conceived.? She claimed acting is in her DNA, but said while running a business is terrifying, she actually gets pleasure from the challenges that can crop up. “Goop is an ecommerce and content platform. We say we?re devoted to making every choice count. We do all the work and editing whether it?s for a product or content. We’re not afraid to create controversy and I work with an amazing group of people ? we’re very likeminded. And we feel we?re just at the acorn stage and have a lot more work to do,” Paltrow explained.

Before reaching the so-called acorn stage, Paltrow was a one-woman outfit and ran things with her own money from her kitchen, thus she said the challenges really kicked in when the firm entered post-monetisation stage.

While Goop is targeting a female audience, so is HelloGiggles. In fact, Deschanel had the idea for the business as she thought about a younger version of herself and what she’d want. “HelloGiggles is a positive online community. I noticed when we started the business, there were few places you could write an article without there being a very vicious comments section. We have teen bloggers largely focused on powering millennial women and I thought I can?t have means things said, so there are checks and balances to ensure it?s really positive. It covers a lot of ground, editorial, lifestyle, entertainment, but overall it’s positive place to be,” she said. Clearly she was doing something right.?Time bought the business for around $30m in autumn 2015, just four years on from launch. Deschanel said organic growth was the way forward and explained it took a while to find the right people, but the support was rich. Ashton Kutcher was name-dropped as one of the advisors in the early days. With designers, a COO and other team members brought in, Deschanel said: “After a while it was like our baby had grown up and all these people were devoted to the website. It was like sending your kid off to college. At a certain point I was like, it?s its own thing, I don?t need to interfere as much.”

While Deschanel has confessed to being a creative, Paltrow wants to be the best of both and said she did a crash course on becoming a founder and running a business to determine what type of leader she wanted to be, understanding everything from profit and loss statements to fundraising. “There was so much I didn?t know and so much I didn?t know I didn’t know. Everyday I?m calling people, asking questions, reading books, and that’s been an amazing challenge for me to be a good boss and founder,” she said. With both businesses relying on the digital world to thrive, Deschanel said the appeal of online was instant connectivity while Paltrow agreed, adding the accessibility and democratisation aspects of web is the way forward. Of course, the pair wouldn’t necessarily have been sitting on the stage if it weren’t for their Hollywood status. So where does the line between individual and business begin and end? “In order to build the brand, scalability is limited if I?m intrinsically within it. It?s growing to be more and more its own. I can be leveraged when I need to be, but more and more I?d like it to be its own brand. My dream is no-one would remember I had anything to do with it,” said Paltrow. Deschanel followed up to agree that she too leverages certain things, but ultimately noted the target audience for HelloGiggles is girls aged between 13 and 21 ? the high school to college graduate age. On the topic of collaboration, which was a key theme on day one of the Sage Summit, Deschanel added: “When we started, all these friends were coming and writing articles, it was like a little club. It?s funny it?s a big business now. I almost can?t fathom how big it got. “Really we were trying to create a safe place for people to express themselves and it ended up being an interesting collage of opinions and pieces. I think you?re only so good as the people you work with.” Paltrow built on that to say: “Partnership is really fundamental part of what we do at Goop. Ad sales partnerships, work with brands. I have partnerships with women I work with that bring out the best in me, and challenge me, and I do same. Partnerships are like a safety net, and good partners will protect you and push you to grow.” Closing on advice for business builders, Deschanel said gut and instinct worked for her, with the philosophy that, if she likes it, someone else will.? Elsewhere, Paltrow added that self-belief is everything. “You have to know in your bones that you have the vision and hold it tight. Where you look is where you go. Keep your eye on the prize, take disappointment where you can and move forward.” By Zen Terrelonge

Remember that time Gywneth Paltrow combined pornography and property with the purchase of Hustler Hollywood?