Steadipix Productions was launched in 2004 as a television production company. In March this year the team behind Steadipix decided to branch out into a second company, Steadishot Facilities, specialising in 360 filming. We caught up with MD Bianca Barker to find out how the team’s broadcast background gives them the edge in a growth industry.

Steadishot is hoping to get in early on the emerging virtual reality (VR), augmented reality (AR) and 360 filming industry because, according to Barker, everything indicates that it is going to grow very, very quickly.

“The 360 industry is at the fairly early stages, but six months ago it was estimated that by 2020 it would be worth $30bn dollars across virtual reality and augmented reality.

The applications for this new technology include travel tourism, corporate clients in need of training videos and education. For example, Barker suggested filming leading surgeons with drone technology to allow students to access the video for a bird’s eye view.

Barker also expects future TV series will have online VR elements to work alongside, and the company needs to be ready to provide these services when it happens. For broadcast services themselves, offering VR and AR content is still likely a while away, she said.

“It’s largely just to do with them having to rebuild and create the infrastructure and the platforms that will carry the VR content, but we can see that coming.”

According to Barker, investors are increasingly sniffing around the technology and the competition in the growth industry is beginning to increase – Steadishot sees this as positive.

“You can see that it’s definitely going to be a growth industry, and that’s really exciting – if nobody else was jumping on board you’d start to worry whether you should be doing it yourself,” Barker explained.

Where Steadishot aims to set itself apart is with its focus on storytelling. With a lot of players in the industry hailing from a gaming background, Barker views her team’s broadcast background as a distinct advantage.

The entrepreneur said it’s very easy to set up some cameras and film a room, but it doesn’t have the same effect unless you’re telling a story – you don’t just want to film a bar, you want to film someone making cocktails at the bar.

“Whoever we work with, their story is at the centre of everything that we do when we work with them.”

In the next 12 months, the company would like to have expanded to take on more VR technicians, as the technology is ever changing – it’s important for the business to move with the times and continually expand its offering.

With such ambitious plans ahead, Steadishot signed up to Entrepreneurial Spark Powered by NatWest’s business accelerator programme. For Barker, the most useful thing to come out of the programme has been the one-on-one sessions with her “Enabler” to help the business keep its focus and constantly keep one eye on growth.

“Somebody sits down with you twice a week and they talk through where you are with the business, what your plans are for the next two weeks and what you’ve done over the past two weeks,” she said. This extra set of eyes has helped the business keep the growth mindset, and prevents it from losing sight of the bigger picture.

It’s about “learning not to quack like a duck, and instead learning to fly like an eagle,” she added. “It’s just about changing our mindset.” 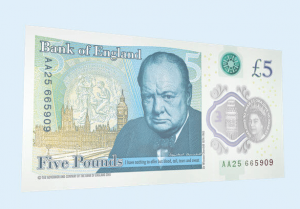 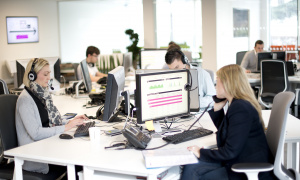 What is driving calls into your business?