Just look at people all over the world, who exist on diverse diets, in adverse natural conditions, and learn to do impressive things with their bodies and minds – like scale trees barefoot or speak in five different languages by the age of six. But the factor often deciding whether such considerable changes are a success is how it comes about.

While we can learn to make use of the resources we have, we are naturally opposed to making considerable changes we haven’t chosen for ourselves. This is why implementing change as a leader among a group of people can be a recipe for disaster, particularly if the need for it is not recognised by said group.

Such efforts often result in despondence, a lack of trust and harmony between the team, and ultimately time and money wasted. So what can be done to soften the blow in a business setting, and produce more successful results?

Many organisations get carried away with the idea of transformation, which in business terms is just too strong a word: transformation implies a complete shift in essence from one state to another, like apples to oranges.

Considerable changes such as this aren’t practical in business, and is likely to be met with a cold response. So a good first step is letting go of the idea of transformation and thinking more along the lines of change.

Change doesn’t have strong, binary implications and can be a much steadier journey. Best of all, it doesn’t get people’s backs up from the start. It’s why change management is becoming more prevalent, mostly because people are coming to see the benefits it brings to both companies and to individuals, and it is a gentler process throughout.

It means adopting a leadership style that encourages a new direction, and leading by example with confidence, unity and dedication. It also enables managers to implement considerable changes in a communal way, inviting contribution and ideas from others. By involving individuals in the company’s makeover, it takes on a less imposed form, and becomes more of a group project.

The phrase “change or die” comes up in business sometimes, and it can certainly get things off on the wrong foot. As most will recall from their rebellious teenage years, being told you must do something often makes you want to do the exact opposite, so putting the problem in stark terms can make others instantly defensive. Instead, identify the current problems and communicate them in ways staff can grasp, to the point where their own working day seems improved upon.

It is inevitable that at some point you are going to need to reanalyse things and do things slightly differently. It benefits everybody from the bosses to the office cleaners to be a mindful – or calmly considerate – leader when change is being implemented, and to have everybody’s interests at heart when making decisions.

Seeking the participation of your team is a constructive step, and will make them open to the idea of change. Besides, the wisdom of the crowd resides within your four walls as much as it does in the wider world.

For that extra bit of support, it is wise to find a way of quantifying the success of the changes you implement. Not only will your team feel empowered and positive about volunteering their ideas and playing an active part in taking the company to the next level, but their efforts will be proven by your success figures, allowing everyone to feel confident about changes that may occur in the future.

Thinking about the way you make change happen in your company, and adopting a more mindful style of management, which I define as a cool-headed and sharply-observed handling of what’s so, does wonders for every member of your organisation, and makes the future brighter than ever.

Philip Cox-Hynd is the co-founder of consultancy business Harley Young. He dovetails his expertise in human development with strategy and process improvement in order to drive positive change in business. He has designed and implemented growth-led change programs for large and small corporations such as Barclays, Pfizer, Microsoft, Arup and Ella’s Kitchen. 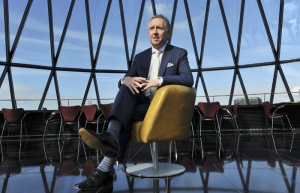