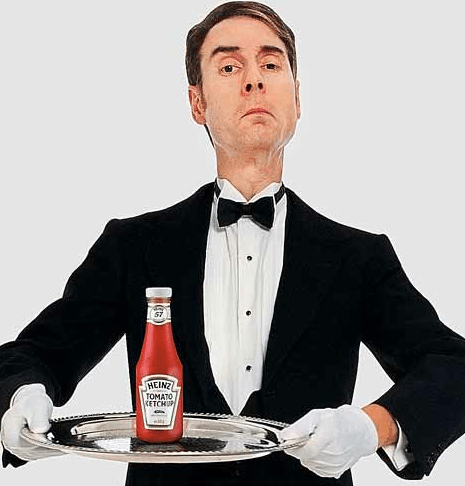 It doesn’t matter who or what you are, we’re all brands; so political branding and consumer branding aren’t as different as you might think.

The fact is that on a fundamental level, branding is all about how you can differentiate your product from other products. Every day, this is the challenge that branding people face – and we’re no different at 1HQ. As an example, we recently worked on a campaign for Heinz to help them stand out from all the other tomato sauce brands flooding the market. The one hard question we asked ourselves was “how do you stop Heinz tomato sauce from being viewed as the lubricant for fast food?”   The answer we came up with was to re-connect the brand with its natural origins and build a concept around tomatoes off the vine. The campaign was a huge success and led to a massive boost in sales – had there have been a tomato sauce election you could say we would have won by a landslide. So what could any of the parties have done to improve their chances? Well, if we were working with any of the parties, we would have started by asking them the one hard question: “How can you be trusted to be better for a new economy?” After four weeks of intense campaigning and three televised debates, could any of us really distinguish their economic policies and trust that they were there for the good of us all?  The simple answer was no, we just didn’t believe any of them. What the election lacked was clarity. We wanted to see a spirit that we could rally behind, a brand that we could all trust and align ourselves with in unchartered water, a leader. Heinz fundamentally, at the end of the day, had and has a great product, a good DNA a real passion for what it does and leads through that. Had it not, there was no amount of positioning that would have changed the consumer’s mind if it just didn’t taste very good and you’d know that as soon as you dipped your chip in it.  So what can we learn from Heinz? In my eyes, the party leaders just didn’t convince us that they were more than the lubricant of change. At the end of the day, when the first moment of truth came to choose the right bottle, we just knew that as soon as we stuck in our chips, on its own it would just not quite cut it. We just knew that none of the three different sauces would taste any good without a little bit of the other. The taste test will now tell sooner rather than later. Mark Artus is CEO of 1HQ, a European branding agency that works with a range of clients including Heinz, Unilever and Nestle.