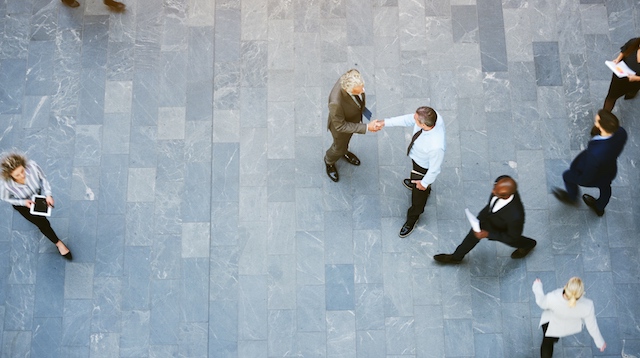 Share via
In recent news stories, the Archbishop of Canterbury rallied against the gig economy, calling it the reincarnation of ancient evil. While his remarks garnered some support, it left many members of the gig economy angry. Why does the gig economy deserve such harsh words and bad press?

What is the gig economy?

The gig economy is an economy built by men and women who eschew a single full-time job in favour of creating their own relative wealth by combining a variety of short-term jobs, project work, consultancies, freelancing, and other small gigs. However, doing so is, in fact, a conscious, intentional choice, and is proving to be the preferred career for millions of men and women. The gig economy does not deserve the bad press it receives because it opens the door for small to medium business ownership and affords equal opportunity for many men and women who might otherwise be deemed unqualified and unemployable for lack of credentials. Its low barrier of entry means you no longer need to obtain a college degree, rely on knowing people in high places, or go through gruelling interview and hiring processes to earn a living or create a career.

The gig economy relies on your personal skill set in many cases, and on maximizing assets, you already own in others.

The former ? optimising one?s talents and skills ? means an IT or computer tech can rely on his learned skill set to create a string of clients, each of whom needs a small amount of project work. The gig worker has the advantage of cherry-picking their clientele, customising the services they offer, and establishing their preferred level of income. Their lifestyle can support their income and vice versa, and their time is their own to command. The latter ? maximising an asset (sometimes called the sharing economy) ? means you can rely on an asset as opposed to a skill or talent. The gig economy allows you to use the car you own to participate in the rideshare industry and turn your vehicle into a money-making machine. It turns a series of short rides into a full-time income stream.

Does the gig economy give workers more freedom?

Ridesharing also opens the door to car ownership for many who might otherwise not qualify for a loan without the backing of, and special amenities afforded through, the rideshare industry. Additionally, homeowners, condominium owners ? even apartment dwellers ? can use their real estate to create a very healthy income in the temporary and vacation rental industry. With these freedoms and opportunities in place, why does the gig economy receive negative press? When the people who make up the workforce of the gig economy love and appreciate the lifestyle it affords, why is it still viewed so negatively by others?? What prompted the remarks attributed to the Archbishop of Canterbury and others who support his views? The two opposing views don?t seem to go together but might help explain why the gig economy is downplayed in many instances. Here are some trends about the gig economy: ? Reluctance to enter the traditional 9-5 workforce is disrupting corporations and industries around the globe
? The ability to leave the corporate world without the presumption of unemployment is emboldening people and potentially leaving the corporate world at a loss
? The rapid growth of the gig economy is forcing change ? perhaps unwelcome change ? into the corporate environment
? Nearly 30 million American workers are joyfully abandoning the traditional workforce and taking charge of their own work day There are many moves underfoot to force gig-based companies (such as rideshare organizations) to label their workers as traditional employees. Like any workforce, the gig economy may have some drawbacks. Gig economy workers don?t receive health insurance, pension plans, or paid sick leave, and may lead to feelings of isolation in some instances. The Great Recession of recent years led to sweeping unemployment and gave rise to the gig economy out of sheer necessity. Necessity, though, is often touted as the mother of invention.

The gig economy: Freedom in the face of recession

When it comes to the gig economy, necessity led to a realisation of choices and options.?A huge part of what it gave birth to was the realisation that there can be room for flexibility, freedom of choice, and financial gain in the face of a sagging overall American economy.

Also, as it gained traction, the gig economy shrugged off the perceived stigma of self-employment and turned it into a laudable, workable way to earn a living on your own terms.

The gig economy has no age barriers and is open to men and women of every generation, socio-economic class, and aptitude.?A final objection to the gig economy is that gigs do not pay well enough to equal or replace a full-time income. Not so. While a single gig or single client may not pay enough to support an individual on its own, the beauty of the gig economy is that it strings together a series of small jobs to create a substantial income.

The other major opposition to the argument that gigs don?t pay well enough to provide a living is that, by their very nature, gigs allow each worker to customise their income. The gig economy itself results in greater than $3 million dollars of gig revenue on an annual basis. In addition, some research shows that many diligent gig workers readily create a six-figure income. Does the gig economy deserve the bad press it?s receiving or is the bad press a result of displaced workers and disrupted traditions? Once known as freelancing or consulting, the gig economy is nothing new. Instead, the tradition of freelance and consulting has gone from an occasional corporate supplement to an everyday, worldwide phenomenon.?Technology and the digital age we live in is helping the gig economy gain traction at an alarming rate. This is opening doors of possibility to men and women who might otherwise flow into the corporate or industrial workforce and is seeing individuals define their own career journeys. ‘Working in the Gig Economy‘ by Thomas Oppong is out now, (?14.99).