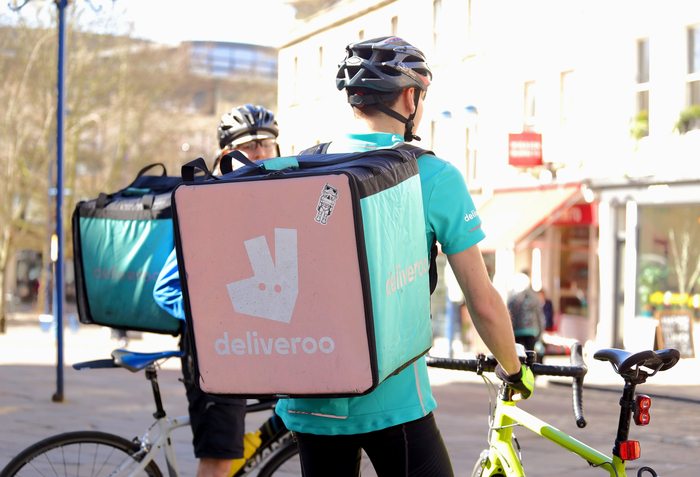 Share via
With fewer people working in traditional “jobs for life”, the gig economy got off to a flying start. However, now we re further down the line it has transpired that many businesses are in fact using the gig economy to cut the costs of employing workers and we should change the law to prevent it. Brexit is looming over us, and some have argued that tapping into the gig economy gives employers the agility to compete in an unpredictable world. While this may be true, it says nothing about the rights and protection of the actual workers. Although a preferred working method for many, the gigeconomy is fast becoming a byword for exploitative practices. Unscrupulous companies are considered to be avoiding employment responsibilities and denying staff basic employment rights by classifying them as “self-employed”. And while self-employment has many advantages, not least the ability to set a better work/life balance, work only the hours you need to and the chance to be your own boss, certain problems are increasingly coming to the fore. While it is fair to say that we are talking about nothing more than a technology-driven evolution in our historical working practices, UK employment law has been very slow to catch up with the issues created by the gigeconomy and it’s time we change the law around it. Currently it’s a very hazy” matter that presents policymakers with a tough challenge. But the bogus self-employment, zero-hours and agency work abuse that exist mean something needs to change right here, right now. Recent cases include Deliveroo couriers stopping working after plans were revealed to pay them per delivery rather than the normal hourly rate, while a number of Uber drivers took their employer to a tribunal demanding better rights. Workers for UberEATS also acted over their pay, hoping to change the law making it difficult for them to get sufficiently paid. It is clear that businesses deliberately giving workers a self-employed status in contracts, hoping to deter them from asking for better treatment, are beginning to fall foul of courts looking beyond the contract wording to get to the basics of the worker/employer agreement. The courts have also indicated any clause in a contract that prevents individuals from bringing a claim by challenging the status of their employment would most likely be unenforceable. Unfortunately, mutually agreeing what employment status a worker actually has is not a simple issue. Complications arise around the amount of control an employer has over the employee, such as whether the worker can be disciplined by the employer. And whilst some “offenders” continue to argue that the current laws and regulations makes it impossible to offer workers employment contracts, we know this is nonsense. Sense is proof of this as all homeworkers are on full employment contracts, with guaranteed work; therefore offering the full benefits of flexible working hours, delivering a win-win for Sense clients and staff. Perhaps, to avoid bosses from abusing their’strong positions we need to reduce the financial incentive for firms to treat individuals as self-employed rather than employees. Employers currently have to pay national insurance contributions at a rate of 13.8?per cent. The contributions payable by the self-employed are significantly less. Over time the level of contributions could be equalised, lessening the incentive for businesses to contract on self-employed terms. Another way in which we could “change the law” is to give the low-paid automatic work rights and limit the option of self-employment to the higher-paid. The question of self-employment would therefore only arise for high-earners, who may be in a stronger bargaining position to ensure that whatever is negotiated truly reflects their working conditions. Although this may cause issues for start-up entrepreneurs, and would have to be addressed separately. Or perhaps, it’s a matter of introducing guaranteed minimum wage for self-employed workers in the gig-economy. Bottom line is that a significant number of self-employed people fail to enjoy any of the advantages that self-employment was originally meant to bring. The courts have gone some way, as shows in the recent Uber and Deliveroo cases, and it’s been helpful that we ve seen some decisions looking at the reality of the gigeconomy. But what we need is a better clarification from the government around what constitutes employment, worker and self-employed status; first then, can we start to change things for the better.

Steve Mosser is the founder and CEO of Sense, the UK’s leading provider of home–working customer service staff. Mosser,Aka “Mr Homeworking. is the leading authority on performance optimisation through homeworking. He founded Sense in 2004 for businesses to reap the rewards of homeworking without the headaches!?