My inbox isn’t simply awash but is pretty much drowning in emails from women’s groups, encouraging networking, support, training and so on for all women entrepreneurs, much of it heavily funded and available at every different level.

Even the most anti-social of us (that’s usually me!) has been known to rock up to the odd session, such as Enterprising Women, run by the amazing Bev Hurley.

Meanwhile, I’m watching a new generation of entrepreneurs emerge. Now in their early twenties, a small pick of my son’s peers are starting hugely inventive business, often in technology or eco areas. Given the opportunity, I would happily invest in these startups.

Unfortunately for them, there just isn’t the equivalent level of support. For the young male, there seems little available – at least out in the sticks – apart from the traditional Chambers of Commerce or the golf clubs.

The result seems to be that the more idiosyncratic and individual of the newly emerging male managers and entrepreneurs seem to live a lonely existence, stuck between the peers they have left behind (who have no understanding of the new world they inhabit) and the conventional and often stultified world they have nothing in common with.

Isn’t it time we had more quirky networking and learning opportunities for enterprising men? 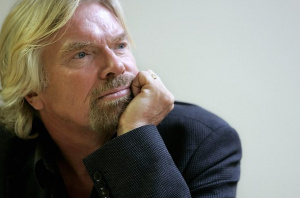 Virgin Media Pioneers off to find the next Richard Branson