On May 25, 2011, Real Business and the CBI are hosting the Investec Entrepreneurs’ Summit at Altitude London. Our theme: Giving your Business an Unfair Advantage. Top-drawer speakers include: Charles Dunstone, Vince Cable, Dame Mary Perkins and LoveFilm CEO Simon Calver.

In the run-up to the Summit, we’ll be sharing the secrets of Britain’s top entrepreneurs about how small and mid-sized firms push home their innate advantages of nimbleness, close bonds with customers, and much more.

Your business will give itself an advantage if you don’t raise finance too soon, says Andy Phillips. His credentials are pukka: he co-founded (and sold for $161m) Europe’s largest online booking site, Active Hotels; he’s now chairman of online reviews site Reevoo and entrepreneur-in-residence at INSEAD.

Too many businesses – especially early-stage ones – think they need money to expand and compete, says Phillipps. “Actually the data – and much of my experience – shows that many businesses grow much better in the early stages without much money.”

By not raising funds, says Phillipps, “you’re forced to listen to your customers and sell them something.” In academic circles, this is known as “effectuation”.

He cites the contrasting fortunes of US customer experience software firms Zaplet and Rightnow, two businesses with broadly the same idea. One – Zaplet – raises an awful lot of money; one (Righnow) bootstrapped. Guess what? “The less wealthy one wins.  It has implications,” says Phillipps, “for who you hire, structure, right the way across the board.”

Be prepared for the local world

Sometime in the near future – perhaps later this year – the global domain name system will be liberalised. Like, wow, I hear you say.

For smart business owners, this could be your chance to own your most relevant slice of the internet.

Generic top level domains (gTLDs) are the bits of web addresses that come after the dot (ie, .com, .co.uk). Liberalisation will enable companies to own options such as .nike or .boots. Communities will also be able to own parts of the web. “Major cities are lining up to get their own domain; the campaign for .Berlin being an example,” says Phil Kingsland of Nominet. “It’s an opportunity, he says, for any business whose brand is intrinsically geographic.”

It all has the whiff of the domain name goldrush of the mid/late-nineties. “With greater choice of domain name in future, businesses may be able to lay their hands on a relevant domain they previously missed out on,” says Kingsland.

It’s bombard you with statistics time.

These should convert any entrepreneur who’s still pondering whether mobile really is an effective sales channel:

Recommendations are the new marketing

Big corporates may fork out millions for TV advertising campaigns, but smart smaller firms go for recommendation. After all, in an era of open, social media, customers don’t need to trust the company’s word; they can listen to other customers.

Sian Sutherland, co-founder of skincare-for-mums range Mama Mio, set up her firm with the objective of being “the most recommended skincare brand in the world”. Without the spending power for global ad campaigns, she trusts the product to generate recommendations, and has bagged the likes of TV presenter (and mum) Natasha Kaplinsky as a brand advocate.

“Emotion creates brand loyalty, and loyalty is the most powerful marketing tool in the world,” says Sutherland.

FDM started life as a Brighton-based IT training firm. Today it’s an international business training more UK graduates than any other UK employer. Delisted off AIM in 2009, FDM is now one of the UK’s fastest-growing firms.

Once trained, at own academy, most of FDM’s consultants go on to perform high-end IT tasks within large international firms, particularly the banks. FDM’s key clients, in other words, are some of the world’s most blue-chip organizations – HSBC, UBS etc etc.

In the City of London, FDM used to operate from pleasant but unremarkable offices – until the acquisition of Sun Microsystems by Oracle in 2010. The inevitable restructuring released some office space in the floor above FDM’s offices. CEO and co-founder Rod Flavell needed no second invitation.

Today, FDM operates from one of the most auspicious positions in the City, overlooking the historic Monument at the epicentre of the global financial system. Walking into FDM’s offices, it’s hard to avoid the feeling that you’re in the very heart of the financial world.

Over in New York, FDM is refurbishing the penthouse at the summit of what was formerly JP Morgan’s iconic 14 Wall Street offices.

In a world of corporate giants, FDM may be a relative minnow. But it certainly doesn’t feel like one.

To take advantage of the amazing early-bird discount for the Entrepreneurs’ Summit 2011, visit the Summit website. 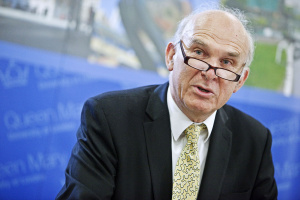 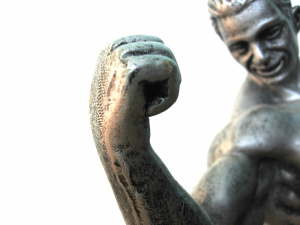