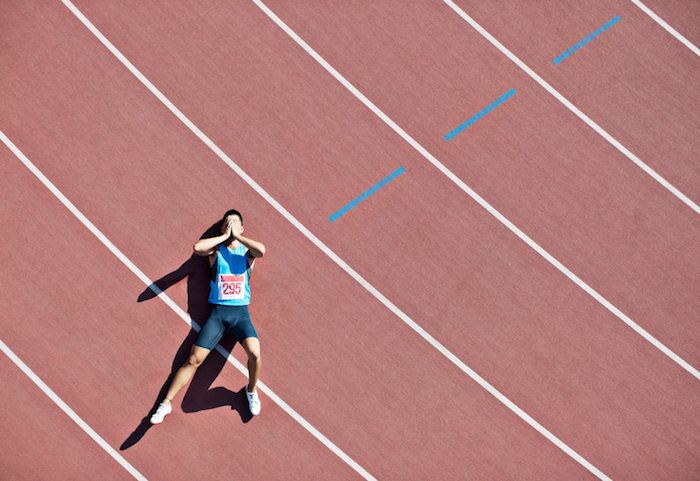 Share via
?Walking away from something you?ve committed to can be difficult,? Netcredit recently said ? and many will likely nod their heads in agreement. The company suggests, however, that sometimes it really is best to ?let it go?. Its statement follows research on our need to keep ?pushing at it? until we?ve achieved difficult goals. Netcredit found that persistence ? ?one of the greatest virtues that anyone can possess? ? has its downsides too. Namely demotivation, increased stress, illness and a lack of sleep. All of these factors have been known to take its toll on bosses and staff alike. For example, PwC released a study of 2,000 workers, from junior level to senior management, to gauge the state of UK wellbeing. Some 39 per cent said they had to take time off work or reduce their responsibilities due to anxiety, depression and/ or stress. It has also been shown that sickness and absence can amount to ?29bn annually ? a result of the average worker taking 6.6 days a year off ill. Naturally, these findings led Netcredit to discover “a raft of reasons” why ?giving up isn?t always the senseless act of defeatism it may appear to be? ? especially when the bar is set too high in the first place. ?When staff are given difficult goals, they act more unethically to achieve it than those with easier goals,? the company explained.?And sometimes the feeling of ?failure? and the motion of repeating something for the sake of getting it right, becomes too overwhelming. Poor performance, negative emotions, stress and ill health can be direct consequences. It’s not the first time such opinions were dredged up. At the end of 2016, Marcelino Castrillo, MD of Banking Business at NatWest, suggested failure informed how you handled business in the future. Jan Cavelle, creator of Jan Cavelle Furniture, likewise claimed that while a dose of harsh reality may hurt at first, it tended to boost resilience down the line. Here is what Netcredit’s look into difficult goals uncovered ? wrapped in a pretty infographic.