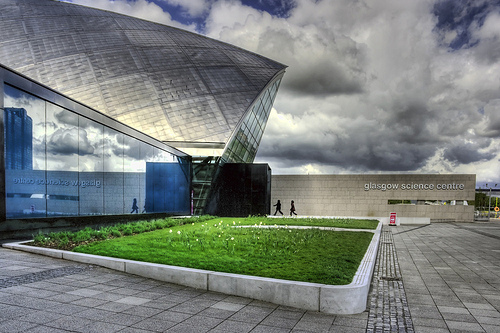 But there is great potential in the UK for this growing market, with Glasgow being the hub of future city innovation. This could be in part due to the fact that after beating 29 other UK cities to win a ?24m grant, the Technology Strategy Board created a future cities demonstrator in Glasgow, allowing UK business to test new solutions that can be exported around the globe.

?What Glasgow is doing will start putting it towards the top of the world?s smart cities,? says Alfonso Velosa, an analyst at research group Gartner. ?It?s a test bed for technologies that can be [used] by others.? Some of their latest projects include: A ?MyGlasgow? smartphone app that allows users to report problems such as potholes. Although this might seem odd at first, the council receives about 26,000 calls a year for potholes. The app will allow users to tag potholes on their smartphone with a map and see which other users have made reports.u2028 An app to encourage children to exercise by letting them compare progress on public walking paths with friends and offering rewards in turn and an?app that record cyclists? journeys so the council knows where to fix and build cycle lanes.u2028 Street lights will also have a new role, being able to measure air pollution, lighting levels and footfall. They can cut energy consumption up to 60 per cent by dimming when no one is around. Furthermore, they will also be able to light up an area if they detect trouble. Sensors installed in the homes of elderly people will allow observers to ?tell when they?ve got up in the morning, what rooms they?re using and manage how warm and deep the bath is?, says Phil Walker, who oversees the centre.u2028 And research with the University of Strathclyde has been applied for research on ?predictive crime?. The aim is to use algorithms to predict the place and time that types of crime will occur. Image source By Shan? Schutte