Small businesses in the UK are pessimistic about growth as economic uncertainty dampens export outlook, according to a report from WorldFirst.

Furthermore, 70 per cent of small businesses in the UK are expecting international trade to decline or remain the same throughout Q4.

Despite the weaker pound in theory opening up export opportunities to small businesses, only 22 per cent plan to export in the next quarter – compared to 31 per cent currently exporting, the report revealed. A third of SMEs are concerned that Brexit discussions will make it difficult to manage currency volatility in the future.

However, despite the drop in exporting SMEs, average trading amounts have remained fairly stable, rising from £44,000 in Q2 to £45,000 in Q3.

Jeremy Cook, chief economist at WorldFirst, said: “In Q3 the percentage of SMEs trading internationally fell to the lowest level we’ve recorded in nearly two years, whilst average trade values rose. This suggests that those SMEs pulling back from international trade are at the smaller end of the spectrum.

“This will prove a double-edged sword for small businesses who, by holding back on international trade, might be limiting their potential for growth and profitability, narrowing their consumer base and not taking advantage of opportunities that lie beyond the British Isles.”

In September, the Bank of England intimated it could raise interest rates for the first time in more than ten years – the following day saw an increase in the value of the pound, and many SMEs locked in a stronger sterling exchange rate through hedging contracts.

Cook added: “Our data suggests the government’s hopes of a post-Brexit international trade boom with markets far and wide is either misplaced or that current policy is insufficient to incentivise this behaviour.” 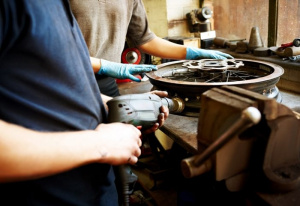 Is there still a future for Black Friday in the UK?