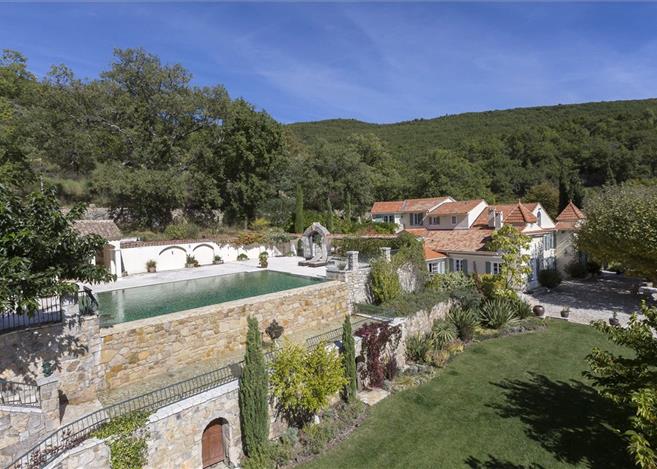 Described as an idyllic private location, the sale of the 600 sq m property in Bargemon is being overseen by Knight Frank.

Purchased over a decade ago in 2003, the celebrity power couple acquired the home for 1.5m. And despite the equity that should have been developed over the past 12 years, especially after spending 5m to complete renovations, the Beckhams have an asking price of just 2.4m. And for that price tag, you can expect the six bedrooms, three reception rooms, four bathrooms, a garden and infinity pool. The site also comes with wide views of the countryside, and iron gates with a long driveway, should you value your solitude as much as an A-lister.

The first floor of the main house can be accessed from two sets of stairs which lead to a guest suite and private terrace, three double rooms and a communal bathroom. Climbing the stairs once more to the second floor and thats where the master bedroom can be located, complete with bathroom, dressing room and waiting room.

Read more on the properties of the Business Class variety:

Aside from the main house, guests can stay in the farmhouse which is spread across two floors with a number of bedrooms. And should you find the 5m renovations completed by the Beckhams arent up to your standard, Knight Frank said: Chapel and various outbuildings offer additional potential.

Of the famous familys departure, a local told The Sun: The Beckhams might have poured millions into the mansion, but they didnt seem too keen to enjoy the results of their cash. The locals won’t miss them, as they were hardly ever here. When they were, David signed the odd autograph and he once had a kick-about with the villagers, but that was their only contact with them. You wouldnt have seen Victoria queuing for a croissant in the village boulangerie. By Zen Terrelonge

Ahead of the EU referendum, David Beckham joined the debate in a unique way.