Overall, most of us battle-worn survivors of these economic climes spend our days furiously working at how to make our businesses leaner and more efficient, while at the same time upping our customer service.

We fight long and hard on narrowing profit margins. We battle with increased demands on red tape legislation. Almost used to the Health and Safety increases of the last two decades, we are now buried under a further HR pile.

Throughout all this we endeavour to remain smiling, positive and drive our business forward. Now, the era has brought on new joys.

A sensible grasp of cash flow has always been a working basic for me, and I find it quite scary to come across new and existing business owners who are not familiar with that concept. I was brought up in an era where certain larger names had already established a reputation for abusing the smaller man by exciting them with too large orders, then failing to pay on time, and horrendous stories of personal failure and tragedy resulting from same. So, I have tended to stay shy of exposure to proposed huge contracts where these fates could befall me.

It’s no longer only the big corporates who play these games. Single traders, small and mid-sized businesses have caught on to the failure of the system to protect others and sit happily, simply refusing to pay. Gaily they tell you when your bill is due that they do not acknowledge your credit terms.

We’ve had more than one customer trying the bargain of only being prepared to settle a bill for an additional discount, even after credit terms expire, banking on us needing the money sufficiently that we will settle.

Five years ago, most of our customers paid on time. Now, a minority do. Suppliers have become scared and some are completely intransigent, forcing successful companies to fund their businesses not for 30 days, but up to 90 – and it goes without saying that there is little help from the banks to do so.

To me, this behaviour is utterly immoral. I have always had open and honest relationships with my suppliers, and I’m now encouraging staff to close customers’ accounts that lie about payments, and black list those who attempt to blackmail. It’s a risky strategy, but I have troubles over risking my mortgage in the hands of the immoral and would rather keep a smaller, sounder business.

As a ray of light, however, I have also noted an increasing number of fellow business people – and, indeed suppliers – who are saying the same thing, who have been bitten themselves, understand the problems out there and are keen to work with, and support, people who do deal in honest and straightforward ways.

Call me old fashioned, but an increase of good old morals could do the economy no harm at all – in fact, by people who have them working together, it might save it. 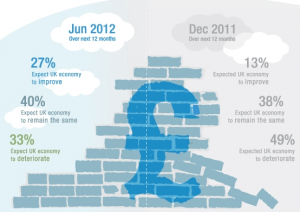 UK business: Ambitions up, capital down 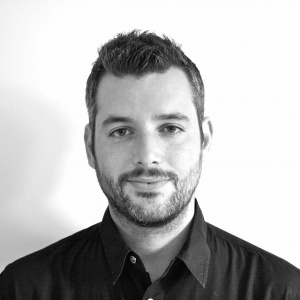