Google, along with other bluechip tech companies such as Microsoft, Amazon and Facebook, have long been “supporters” of innovative and disruptive early-stage startups. While part of this might be down to filling an acquisition pipeline or keeping your enemies close, it’s also fair to say that each of the aforementioned companies believe it’s important to pay it back – supporting smaller firms in ways each of them were was, or would like to have been.

The Google Demo Day on 26 April brought together ten European startups, three renowned investors to serve as judges and a room full of investors, corporates and interested parties like Real Business.

Held at Google’s new Kings Cross campus, the event was kicked off by Matt Brittin – the former head of Google in the UK, now charged with overseeing the whole of EMEA (Europe, Middle East and Africa).

He began with a rousing call for Europe’s business community, especially in the technology space, to see itself as on par with the one found in the US, and to be more specific in California.

Speaking exclusively to Real Business, Sarah Drinkwater, head of campus at Google, said Google for Entrepreneurs, the division that builds campuses and partners with startup communities, began five years ago as a way of giving recognising the companies own humble roots and creating an environment for learning and connecting.

Google Demo Day judge Fred Destin, who recently left European venture capital firm Accel to focus on his own seed and early-stage investing, told us: “The Bay Area [in California] has had a long tradition of so-called “pay it forward”, always helping other people as everyone was once a startup.

“Google itself came out of a garage, so the more we get the ecosystem to think that way the more we can help each other. Nobody knows who will make it, be important, be big – but that doesn’t matter as long as you are moving the whole ecosystem forward.”

The format of Google Demo Day, which saw Destin joined by fellow investors Saul Klein and Aurore Belfrage to form a judging panel, was simple – ten founders each had four minutes to pitch their business and then field three minutes of questions. Companies from the likes of Sweden, the Netherlands, Spain and Latvia, spanning industries such as agriculture, payments, fertility and health, used the four minutes afforded to rattle through the big idea, introduce the team, talk figures and predict where the company could one day go.

Chris Holloman, one of the presenting founders at Google Demo Day and founder of financial technology business Divido, said the key challenge is to reduce the number of slides and points you want to make. “When you live and breathe your business 24/7 you think every detail is important and can’t be left out – but it is not,” he added.

Personally, Holloman is of the belief that the only way to get better at pitching, or public speaking, is to do it a lot.

That sentiment was echoed by Charles Wiles, the CEO of education technology businesses Zzish and another Google Demo Day business. “Energy and confidence is a must. Mainstream investors see 1,000 pitches like this a year, so you need to grab their attention. High energy helps to achieve this,” he commented.

“Also, preparing a good four-minute pitch takes a significant amount of effort. For Google Demo Day it was two full days of prep, but the presentation was a variation of one we’ve been honing for years. When we went through the Techstars accelerator we started preparing the demo day pitch one month in advance and spent at least an hour on it every day for that month.”

Destin, one of those investors who sees countless pitches a year, believes there is a certain beauty in constraint. Great stories, he told Real Business, can be expressed very succinctly.

“You can derive a lot from poise, the condensed engagement that comes through four minute delivery,” he added. “It is a lottery to judge in four minutes, but there is a certain wisdom of crowd. Across all three judges, we converged on the same two or three businesses at top.”

With a room full of investors, and corporates looking to potentially collaborate with disruptive startups, we wanted to find out how those pitching planned to make the most out of Google Demo Day after it had finished – especially if they were not crowned the winner.

For Holloman it is all about getting hold of the guest list and then following up with the right people. “Reaching out via LinkedIn with a simple, ‘Hi X, I noticed your name on the guest list, not sure if you saw my presentation but…’ is effective,” he advised.

Wiles, meanwhile, said the while events like a Google Demo Day rarely result in someone writing a big cheque immediately, they do start conversations – which can lead to investment one day.

“A general piece of advice i give to entrepreneurs is that the single biggest thing that will influence their long term success is not their product or personal skills, it’s their personal network,” he said. “Serendipity plays a big part. Thus, entrepreneurs should make a conscious effort to grow their personal network. A specific piece of advice here is to always end any new meeting with the question ‘Who else do you think I should talk to about this?’ and then to ask ‘That’s great, would you be happy to make an introduction for me?’.”

While Google is fairly altruistic in its intentions with demo days, Destin believes it is also looking to buy some exciting early-stage companies. However, he commented: “If you are an entrepreneur, what is wrong with that? You can always say no.

“The European notion of wanting to protect yourself is outdated – it’s better to be fast, open and collaborative. That is how you build great companies.”

Google’s Drinkwater was thrilled with the calibre of businesses on show, impressed with how well each founder utilised their four minutes and complimentary about the way in which three minutes of judges’ grilling was dealt with.

“It’s about being collaborative, not competitive,” she said. 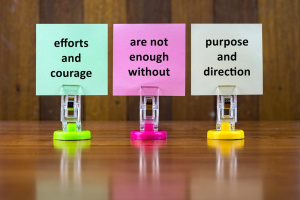