As a young business owner, I understand both the need and the value in companies of all sizes paying their fair shares in taxes. I find it amazing, however, that the UK government have the brass neck to point fingers at companies using only what they want people to hear as their argument, and accusing businesses of immorally dodging our tax system and putting them out for slaughter.

The UK tax system makes a shambolic effort at supporting business owners and making clear where this money goes once it is written off to one of many different tax bands a company has to pay. If the government could make clear exactly where the money was going and even create a system that shows where the money has impacted, then people can start to believe their money has not disappeared in to an inefficiently managed government spending pot.

I am in no means defending any one who dodges taxes for no other reason than to benefit their own pockets, but I would like to think that companies, including multinational corporations that generate not only thousands of UK employment opportunities but also add value to the economy, are not put up to slaughter at the smallest opportunity because of their ability to generate profit. If we want to survive as an entrepreneurial nation, we have to come up with new effective ways to encourage companies to spend their money on government focused schemes that show off the qualities in a clear and concise way.

Google, along numerous companies, spend millions of pounds relocating and developing not only structure for themselves but for other less immediate purposes designed to better the communities and people around them. Tech city in london is a prime example of how they had had massive impact on the community

In May this year Google’s Eric Schmidt said: “I can’t defend an irrational structure – a computer engineer would not have designed this. All of us are operating in a very, very long-standing tax regime which was set up for various reasons that don’t necessarily make sense to me or anyone else. Google will continue to invest in the UK no matter what you guys do – we love you guys too much, we will continue investing in the UK no matter what.

It upsets me to think that as the years go on, if we carry on the way we are people will lose confidence in the government because of it’s lack of development and foresight to understand the types of people and businesses which are running in the world today. Something has to change and that doesn’t mean another ‘new type of tax’ which ends up in that very same pot that ‘allocates finance very inefficiently’, but a complete rethink to the encouragement of government focused schemes that offer not only clear results for businesses but relief to local and national councils to spend the money they have more effectively.

Show people transparency and in return you will improve responses to requests and confidence that the money earned is going to benefit not disappear.

James Curran is the owner of Yuftee: ‘Supporting the growth of relationship focused organisations’. 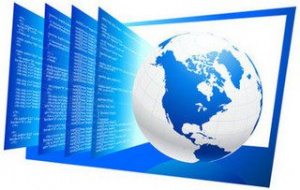 HTML and the future of digital publishing 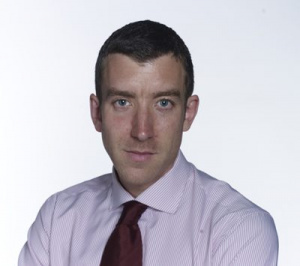