According to a statement from London & Partners, a London firm for assisting international businesses coming into the city, the fund will “[allow] tech firms to access new investment, encouraging job creation and economic growth both in the city and beyond.”

Gordon, London & Partners’ CEO said: “This fund is excellent news for Europe’s tech companies and for London as a whole, […] helping innovative companies to further develop and turn their tech ideas and fuelling economic growth in the capital.”

Mayor of London Boris Johnson said: “London is the natural hub for developing the new economy across the continent. Adding the European arm of Google Ventures to London’s roster of digital expertise will help create more jobs, drive more investment and inspire even more tech masterminds to head to our great city.”

Google Ventures invests both seed and early stage growth. In the US, it has invested in successful Silicon Valley startups like Uber and Nest. The office will be based in London, in Clerkenwell.

Google campus has previously been the company’s primary startup presence in London – and a nucleus for the technology startup scene. It was opened in 2012 to “create an environment that encourages innovation through collaboration, mentorship, and networking.”

Earlier this month, Santander UK said it will set up a $100m venture capital fund to be based in London. The fund is for investment in early-stage financial technology start-ups. 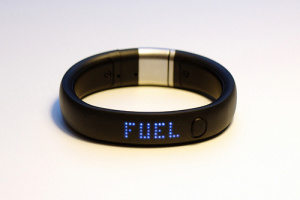