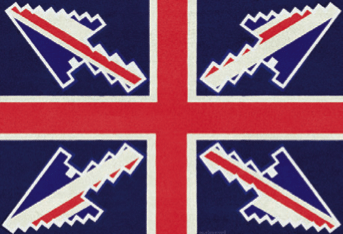 Google’s research, conducted by Boston Consulting Group, reports that the internet contributes an estimated £100bn to the UK economy per year.

This represents 7.2 per cent of total UK GDP – larger than that of the country’s construction, transportation or utilities industries. In fact, if the internet sector were a separate sector, it would be the UK’s fifth largest (behind real estate and business services, manufacturing, wholesale and retail, and financial services. Of the £100bn, some 60 per cent of the Internet economy is driven by consumption – people spending online, plus the cost of their connections and tools to access the web. The remaining 40 per cent is from investment in the internet infrastructure, government IT spending and net exports.    Even better news is that we’re a net exporting country. For every £1 we import in ecommerce, we export £2.80 – in total, the UK exported £9.5bn in ecommerce goods while importing £3.4bn. This £2.8-to-£1 ratio is the reverse of what is happening in the rest of the UK economy. “That the internet industry has overtaken construction, education and transport as a percentage of UK GDP is yet more compelling evidence that the government needs to dedicate investment in the internet and related services,” comments Ben White, co-founder of investment group Notion Capital.  SMEs and the internet Google is unequivocal as to the importance of the internet for SMEs: “SMEs which are active online are more successful, growing more quickly and reaching wider markets than their peers,” the report states. “SMEs have historically been the hidden engine of many national economies, but they have not necessarily operated on the ‘bleeding edge’ of technology – the internet is starting to change that dynamic,” Google’s report continues. “In the UK, many SMEs are aggressively exploiting the internet to take advantage of the same sets of transformative levers – geographic expansion, collaboration with customers, and the like – available to larger companies.” Many SMEs report that they wouldn’t exist without the internet. Indeed, the internet helps to level the playing field for SMEs. The benefits reported by “high-web” businesses (ie those that sell goods online) are clear: geographic expansion, access to online tools, easier recruitment of staff, simplified customer payments, increased feedback and interaction with customers, and more effective marketing. Not convinced? Data from the ONS shows that online sales grew by 43 per cent annually from 2004 to 2008 for web-friendly businesses. So-called “high-web” businesses (ie those that sell goods and services online) report that international sales make up nearly 14 per cent of their revenue, against half that level for “no-web” businesses. Truth be told, maybe we shouldn’t be surprised that Google has published such a positive report on the importance of the internet for SMEs. It is, after all, the largest supplier of online advertising. But maybe that’s being too cynical? In any case, Google’s report is a fascinating read (you can download it below). We’d be interested in hearing your views. What do you think of Google’s report? How important is the internet to your business? How different would your company be without the internet? Leave your comments below.