In other words, Google and Larry Page are now one entity: Larry Page will be to Google what Steve Jobs has become to Apple. It’s about passion and vision. And despite Larry Page’s lack of big company leadership experience, it’s also about ensuring Google’s ongoing prosperity (and healthy quarterly results).

Larry Page, 37, will take over as Google CEO on April 4, and make no mistake, he’ll take full control of the company that he founded with Sergey Brin in 1996, when they were both students at Stanford University. Sergey Brin will continue to look after strategic issues and as executive chairman, Eric Schmidt will be kept happy too.

The markets seem to have responded well to the news, with Google shares climbing 1.3 per cent to a whopping $635 last night, following the announcement.This was probably helped by Google’s latest results though, which were also announced yesterday. Revenue climbed 26 per cent year-on-year in the last quarter, to $8.4bn.

One thing’s for sure, Larry Page will have his work cut out: not only does he first have to prove that he can actually lead the $200bn Google bohemoth, but he must also ensure that Google continues to innovate and adapt to new competitive threats and a changing internet landscape. One thing’s for sure, the wired Page will come to become synonymous with the company.

There’s much more to explore about tech companies and their founders – while some company founders prefer to step back from the top position, others come to define the company (think Apple and Steve Jobs, Microsoft and Bill Gates, Oracle and Larry Ellison). We’ll explore this theme soon!

For further analysis on why Eric Schmidt had to go, this piece in the Guardian is a worthy read. 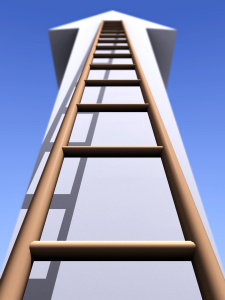 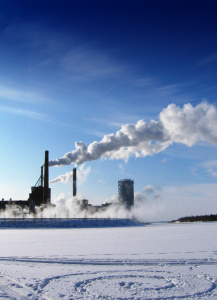