In a public statement, London Assembly chairman Tony Arbour said he was “appalled” at the decision to approve a third Heathrow runway, which has been made despite the “vast body” of evidence to indicate Londoners will be exposed to “deadly” levels of air pollution and “overwhelming” congestion.

“Also, the need for investment in public transport access for passengers and staff will be substantial in order to keep London’s transport network working,” he added. “The government has not yet provided nearly enough clarity on whether this investment will be delivered.”

Prime minister Theresa May’s decision to allow a third Heathrow runway to be built comes after years of debate, with some arguing against it flatly and other suggesting rival airport Gatwick would be a better location for another landing strip.

One of the most vocal opponents of the third Heathrow runway has been local MP Zac Goldsmith, who ran against Sadiq Khan in the recent mayoral election, and has said he’ll stand down from the Conservatives and run as an independent in a by-election if Heathrow’s expansion goes ahead.

Taking to Twitter, Goldsmith said: “Following the government’s catastrophic Heathrow announcement, I will be meeting my constituents later today before making a statement.”

In a statement, the government announce did believes expanding Heathrow will “better connect” the UK to long haul designations and provide more choice of airlines, destinations and flights.

Transport secretary Chris Grayling called the decision “truly momentous” and said: “A new runway at Heathrow will improve connectivity in the UK itself and crucially boost our connections with the rest of the world, supporting exports, trade and job opportunities.

Official statistics show that Heathrow deals with more freight by value than all other UK airports combined, accounting for 31 per cent of the UK’s non-EU trade.

Grayling continued: “This is an important issue for the whole country. That is why the government’s preferred scheme will be subject to full and fair public consultation. Of course it is also hugely important for those living near the airport. That is why we have made clear that expansion will only be allowed to proceed on the basis of a world class package of compensation and mitigation worth up to £2.6bn, including community support, insulation, and respite from noise – balancing the benefits and the impacts of expansion.”

The Federation of Small Businesses (FSB) has come out in favour of the government’s deacon, with national chairman Mike Cherry saying it will help boost international trade and create jobs. He stated it could create up to £211bn of extra economic growth, 180,000 jobs and a doubling of apprenticeships at Heathrow to 10,000.

“At a time when FSB’s latest small business confidence index shows 62 per cent of small firms view the domestic economy as a barrier to growth, there is no better signal Britain is open for business than today’s decision,” he added.

Dafydd Llewellyn, managing director at UK SMB & Nationals at Concur, believes the decision is “marred in controversy” but serves as a much-needed investment in UK infrastructure.

Llewellyn added: “The decision is a win-win for businesses. In the short term companies in and around Heathrow will profit, and in the longer term, the additional destinations will help businesses reach and connect with new audiences; vital for the UK to remain a key figure in the globalised economy. The bottom line is: businesses will benefit from this.” 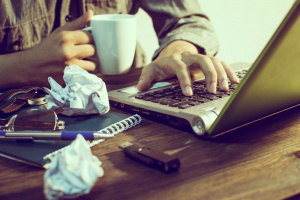 Is the workplace productivity debate ensuring our nomadic aspirations come to an end?